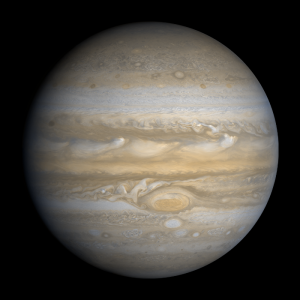 Jupiter is the largest planet in our solar system and the fifth planet from the Sun, after Mercury, Venus, Earth, and Mars. It’s named for Jupiter, the Roman equivalent to the Greek’s Zeus, the king of the gods. Humans first recorded sighting this world in 7th or 8th century Babylonia.

Here are 10 interesting Jupiter facts, as well as essential data about this gas giant.

What If Jupiter Never Existed?

Most extraterrestrial solar systems have their large planets close to their suns, not like our solar system, where the gas giants are out beyond the smaller, rocky worlds like the Earth and Mars. Have you ever wondered what it would be like if Jupiter didn’t exist?