Earth’s oceans cover 71% of the surface of the planet. Even a casual inspection will tell you there is more to seawater than just water. You would expect the two most common elements to be water itself, hydrogen and oxygen. What else is found in Earth’s oceans? These tables answer this question.

This printable periodic table contains the abundance of elements in Earth’s oceans. 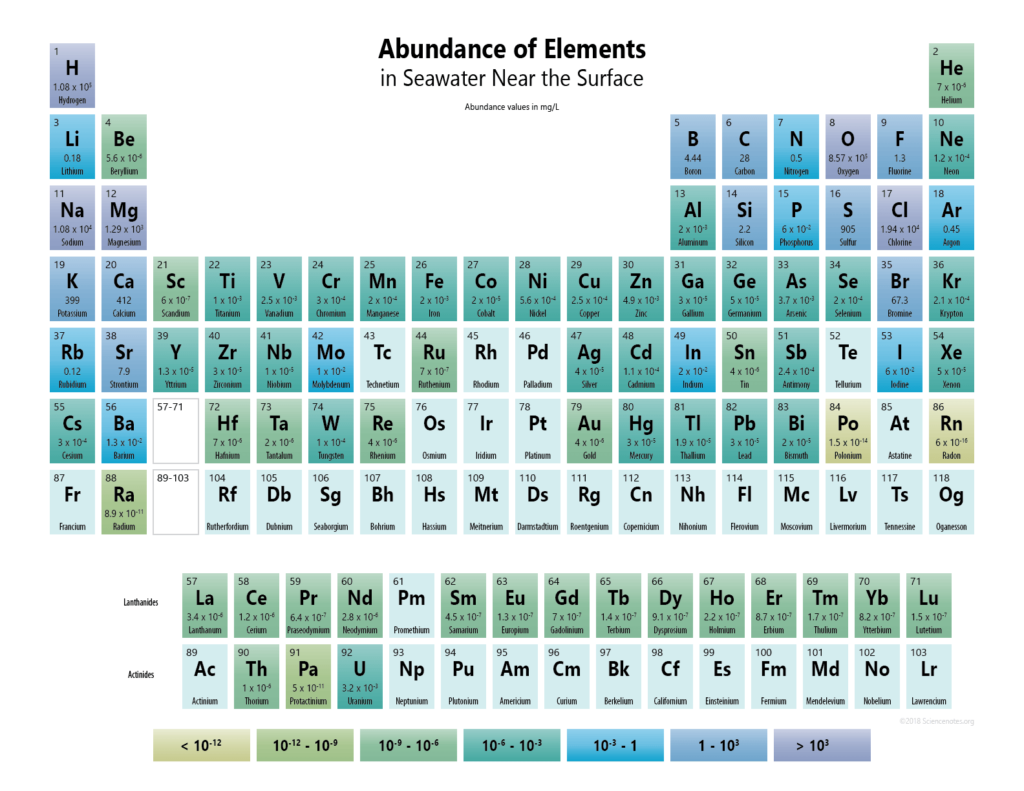 Each element is represented by its atomic number, symbol, name, and abundance in milligrams per liter of seawater. A PDF of this table is available for easy printing.

Table of the Abundance of Elements in Earth’s Oceans

This table contains the same data arranged in a simple format and arranged by abundance.