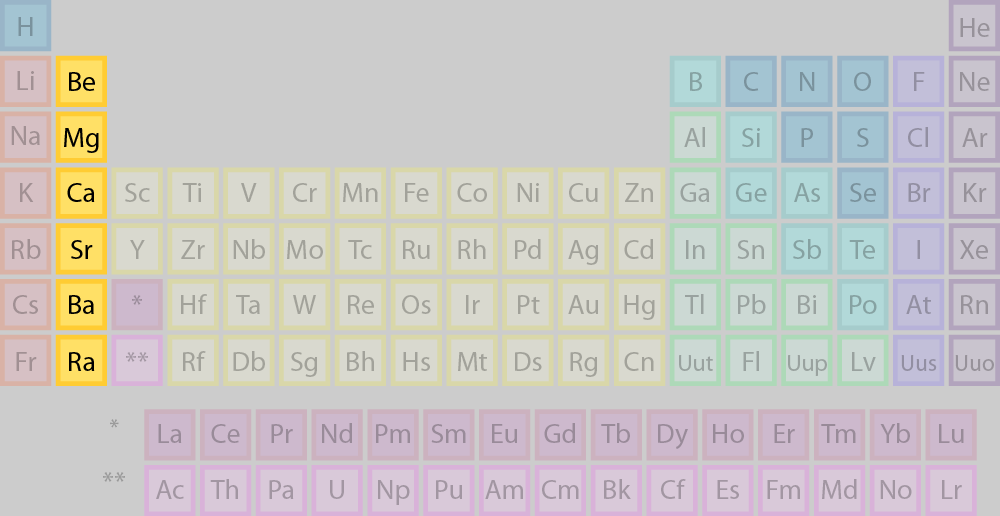 The alkaline earth metals are 6 elements found in the second column of the periodic table. (Todd Helmenstine)

The alkaline earth metals or alkaline earths are a set of six elements found in the second group (column) of the periodic table.  Atoms of each of these elements have two electrons in the outer electron shell. Take a look at the elements in this group and their common properties:

There are six alkaline earths. In order of increasing atomic number, they are: 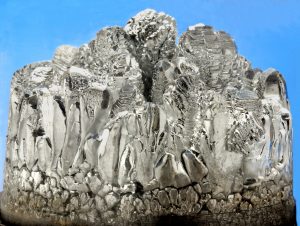 These are crystals of magnesium. The other alkaline earth metals have a similar appearance and properties. (Mark Fergus, CSIRO)

Because each atom has two valence electrons, elements of this group share several common characteristics:

One thought on “Alkaline Earth Metals”