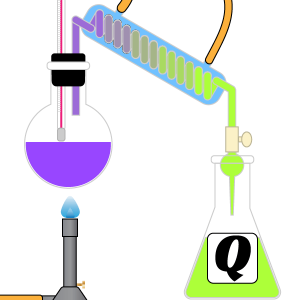 quantum – A quantum is a discrete packet of energy or matter. Quantum also means the minimum value of a physical property involved in an interaction.

quantum mechanics – The physical science used to calculate and analyze the energies and spatial distributions of small particles confined to very small regions of space.

quantum theory – The general theory which describes the allowed energies of atoms and molecules.

quicksilver – Quicksilver is an alchemical name and common name for the element mercury.
Also known as: mercury, hydrargyrum