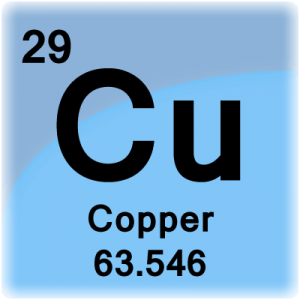 Copper is a reddish transition metal with atomic number 29 and element symbol Cu. The element symbol comes from the Latin name for the element, cuprum. These copper facts include chemical and physical data, general information, and trivia.

Discovery: The first known use of copper dates back to 9000 BC in the Middle East. The only metals used by man earlier than copper were gold and meteoric iron.

Isotopes: There are 29 isotopes of copper. Only copper-63 and copper-65 are stable, with copper-63 accounting for about 69% of the naturally occurring element. The other isotopes are radioactive.