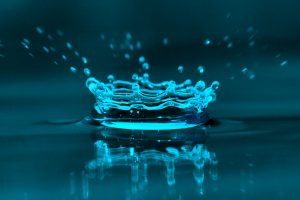 Water consists of hydrogen and oxygen atoms. It is a good element non example. (Luke Peterson)

Are confused by what is and is not an element? It’s easy to find element examples. This is a list of element non examples.

What Is an Element?

To know what an element is not, it’s helpful to know what one is. The list of elements is rather short (only 118). Anything not on this list is an element non example! Elements are the smallest particles of matter that have distinct properties and cannot be further divided using any chemical means. A material made up of an element consists of only one type of atom. Atoms, in turn, are characterized by the number of protons they possess. So, for a substance to be an element, all of its atoms must have the same number of protons. Examples of elements include hydrogen, lithium, nickel, and radium.

In addition to single atoms, there are elements made of atoms bonded to each other. Examples of elements include:

What Is Not an Element?

If you don’t see it listed on the periodic table, it’s not an element! Element non examples include all compounds, which are substances made when two different types of atoms form a chemical bond. Any material made by mixing elements is no longer an element. Anytime you see a chemical formula with more than one element symbol in it, it’s an element non example.

Specific examples of non examples include: