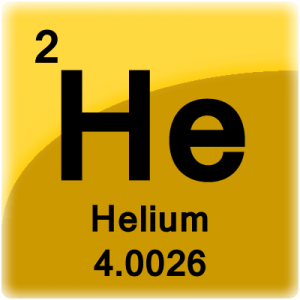 Discovery: First identified: Pierre Janssen in 1868. First Isolated: Sir William Ramsay in 1895.
Janssen was a French astronomer who observed a new yellow spectral line while observing a total solar eclipse in 1868. He assumed it was part of the sodium spectrum. English astronomer Norman Lockyer later observed the same line but could not link it to sodium. Together with English chemist Edward Frankland, they decided it was associated with a new element. In 1985, Scottish chemist William Ramsay isolated a gas from a sample of a mineral cleveite which contained the yellow spectral line. Swedish chemists Per Teodor Cleve and Abraham Langlet independently made the same discovery the same year in Sweden.

Name Origin: Helios, Greek god of the  Sun. Lockyer and Frankland named their unknown element after the location it was first discovered, the Sun.

3He
Helium-3 is a stable isotope of helium containing 2 protons and  1 neutron. He-3 accounts for 1.37 x 10-4% of helium found in the atmosphere

4He
Helium-4 is also stable with 2 protons and 2 neutrons. It is the most common form of helium found. It’s abundance in the atmosphere is 99.999863% of all helium found. 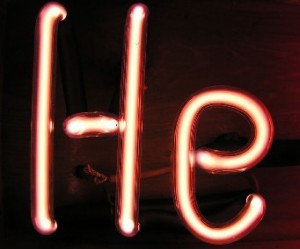 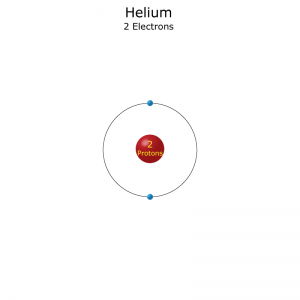