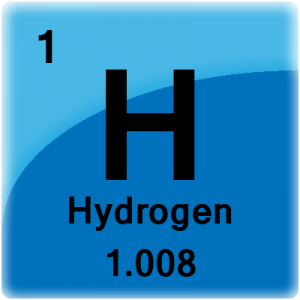 Discovery: Henry Cavendish in 1766.
Cavendish was the first to recognize hydrogen as an element. Others had prepared samples of hydrogen gas without identifying it as an element. Cavendish called his discovery ‘inflammable air’. Antoine Lavoisier suggested the name ‘hydrogene’ in 1783 and hydrogen was adopted soon after.

1H
Protium is the most common isotope. It has 1 proton and 1 electron. 99.98% of all naturally occurring hydrogen is protium.

2H
Deuterium is 1 proton, 1 neutron and 1 electron. This isotope is commonly denoted by the letter D. The name comes from the Greek word “deuteros” meaning “second”. Approximately 0.02% of naturally occurring hydrogen is deuterium.

3H
Tritium contains 1 proton, 2 neutrons and 1 electron. This isotope si commonly denoted by the letter T. The name comes from the Greek word “tritos” meaning “third”. Trition is radioactive and decays by β decay into He-3 with a half-life of 12.32 ± 0.02 years. 10-18% of naturally occurring hydrogen is tritium. 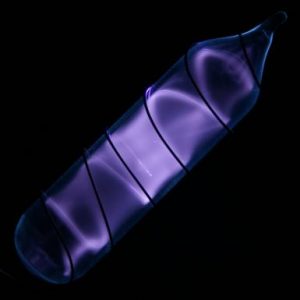 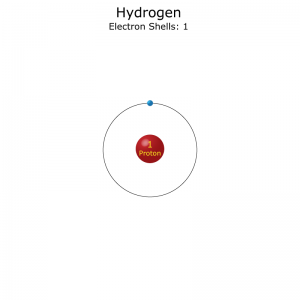 Electron configuration of a hydrogen atom. 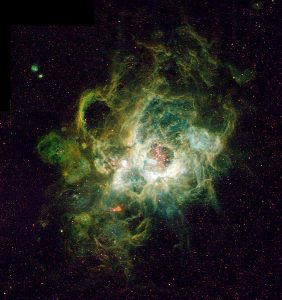