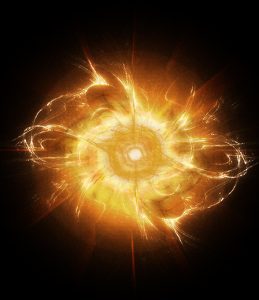 The laws of thermodynamic describe the relationships between matter and energy under different conditions. (image credit: Brenda Clarke)

Here’s a list of the laws of thermodynamics and a quick summary of what each law means.

The first law of thermodynamics is also known as the Law of Conservation of Energy. It states energy of a system may change forms, but it is neither created nor destroyed. One way to state this law is “you can’t get something for nothing”.

The second law states the entropy of a system not in thermal equilibrium increases. Entropy is a measure of the randomness or disorder of a thermodynamic system. As entropy increases, less energy is available for useful work. If the first law states you can’t get something for nothing, you could consider the second law to mean “… and you can’t break even.”

Example: A watch driven by a spring will wind down as its potential energy is converted into kinetic energy. After that, the watch won’t run again until new energy is input into the system by winding the watch.

One implication of the laws of thermodynamics is that perpetual motion machines are not possible. While energy may change from one form into another, entropy increases, and a bit of usable energy is lost. Machines are powered by energy sources that eventually are depleted. The closest people can get to perpetual motion is to use an initial power supply that seems endless, such as solar power, as the initial energy input.