The 2016 Ig Nobel Prize recognizes scientific research that makes you laugh, but then makes you think. While possibly less prestigious than the Nobel Prize, winners can take satisfaction in knowing their hard work raises interest in science around the world.

The theme of the 26th First Annual Ig Nobel Prize Ceremony was “Time”. In case you are curious, a scientist who studies time is called a horologist. Yes, it’s pronounced like you imagine. The original mini-opera this year was entitled “The Last Second”.

If the honor and prestige is not enough, the winners also get prizes. This year’s prize included the Ig Nobel Prize (a special clock, with the letters I G N O B E L P R I Z E replacing the digits 1-12 on its face and hourglasses for hands), a piece of paper proving an Ig was won (signed by several Nobel laureates), and 10 trillion dollars (Zimbabwe). 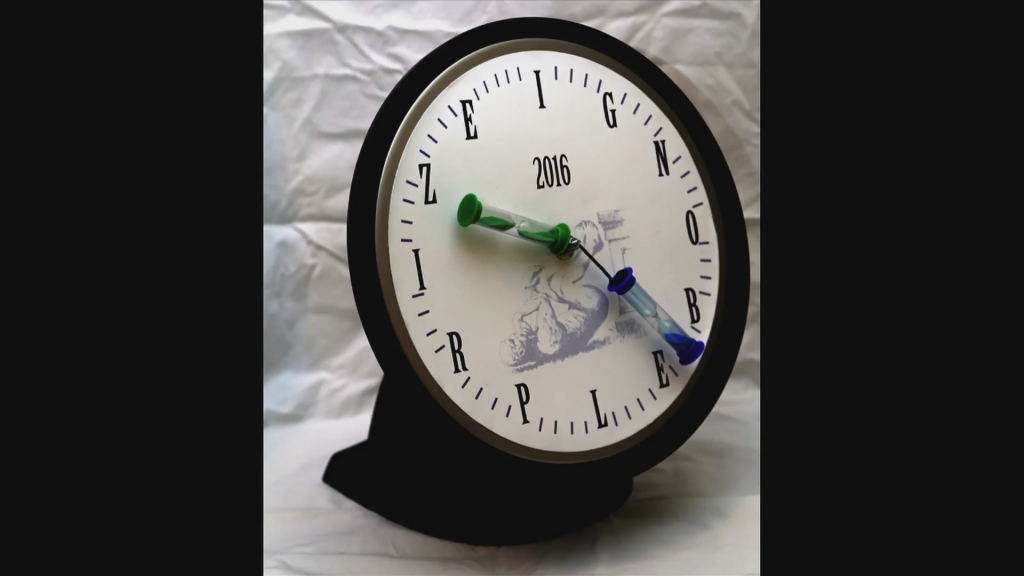 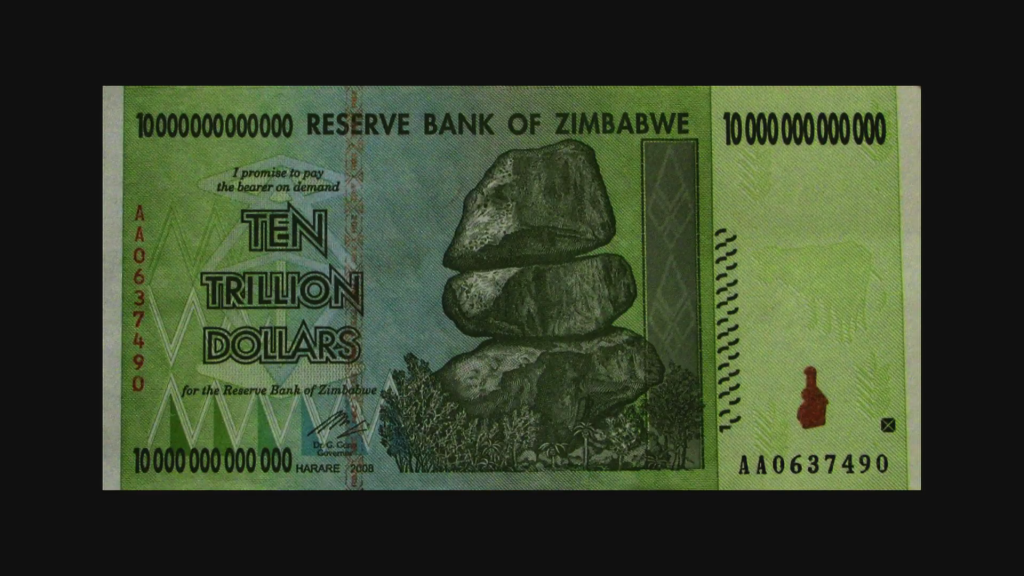 Winners of the 2016 Ig Nobel Prize

The illustrious winners were:

Reproduction Prize: For testing the effects of wearing polyester, cotton, and wool trousers on the sex life of rats and then conducting similar tests on human males. (Ahmed Shafik [Egypt])

Chemistry:  For solving the problem of excessive automobile pollution emissions by automatically, electromechanically producing fewer emissions. The winner did not attend the awards… (Volkswagen [Germany])

Physics: For discovering why white-hair horses are the most horsefly-proof horses and for discovering why dragonflies are fatally attracted to black tombstones. The practical application of the research is that you can wear white (or stripes or spots) to deter flies! (Gabor Horvath, Miklos Blaho, Gyorgy Kriska, Ramon Hegedus, Balazs Gerics, Robert Karkas, Susanne Akesson, Peter Malik, Hansruedi Wildermuth [Hungary, Spain, Sweden, Switzerland])

Medicine: For discovering that if you have an itch on the left side of your body, you can relieve it by looking into a mirror and scratching the right side of your body (and vice versa). Of all of this year’s awards, this research is the most likely to help you out in daily life. (Cristoph Helmchen, Carina Palzer, Thomas F Monte, Silke Anders, and Andreas Sprenger [Germany])

Psychology:  For asking a thousand liars how often they lie and for deciding whether or not to believe their answers. The researchers determined people lie, on average, twice a day. Also, older people tend to lie less often than younger ones. (Evelyne Debey, Maarten De Schryver, Gordon D. Logan, Kristina Suchotzki, and Bruno Vershueren [Belgium, Netherlands, Germany, Canada, USA])

Peace: For the scholarly study called, “On the Reception and Detection of Pseudo-Profound Bullshit.”  The researchers expressed gratitude for being published despite the profanity. (Gordon Pennycook, James Allan Cheyne, Nathaniel Barr, Derek J. Koehler, and Jonathan A. Fuglesang [Canada, USA]) 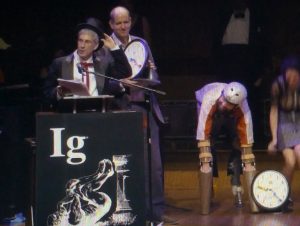 Prosthetics So You Can Be a Goat

Biology: The prize was jointly awarded to (1) Thomas Thwaites for creating prosthetic extensions of his limbs that allowed him to move like goats to he could spend time roaming the hills with them and (2) Charles Foster for living in the wild as a badger, an otter, a deer, a fox, and a bird. Both researchers hail from the UK.

Literature: For his three-volume autobiographical work about the pleasures of collecting flies that are dead and flies that are not yet dead. (Fredrik Sjoberg [Sweden])

Perception: For investigating whether things look different when you bend over an view them between your legs. (Atsuki Higashiyama and Kohei Adachi [Japan]) 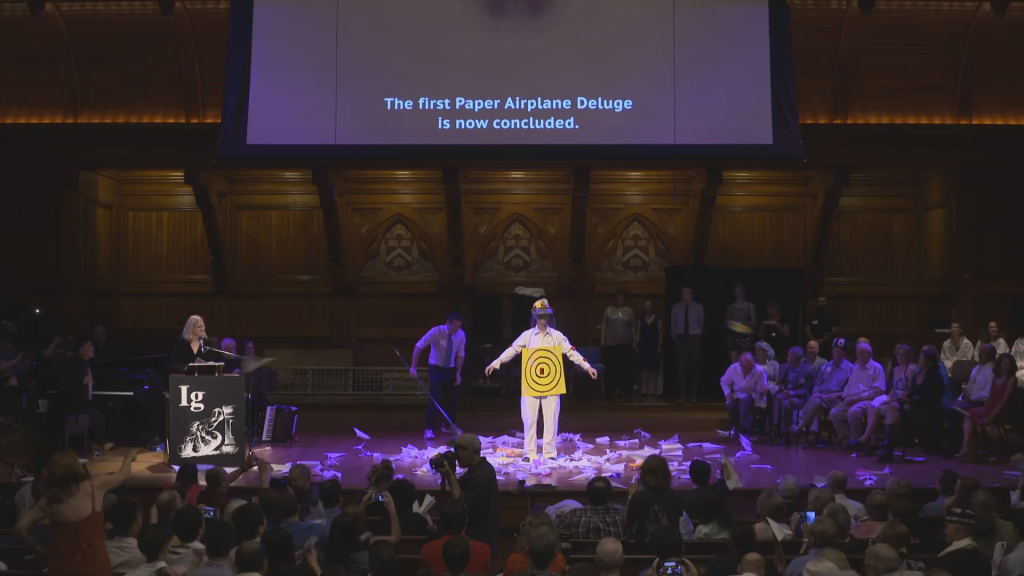