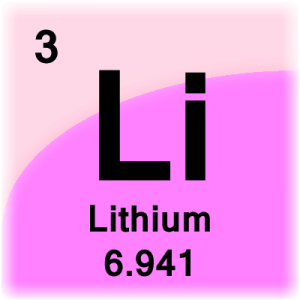 Discovery: Johan August Arfwedson in 1817.
Arfwedson was analyzing petalite ore. When burned, it gave off a bright red flame. Further investigation showed it contained a substance that acted like an alkali metal but was lighter than sodium. He attempted to provide a pure sample of the metal by separating the metal using electrolysis, but was not successful. In 1821, English chemist William Brande produced a very small sample of pure lithium, but not enough to make any useful measurements. Lithium would not be produced in large quantities until 1855 by German chemist Robert Bunsen and British chemist Augustus Matthiessen.

Name Origin: lithos (Greek for “stone”) Arfwedson named his alkali metal after a stone to reflect its origin. Other alkali metals like sodium and potassium are commonly found in plants.

Lithium is mostly comprised of two stable isotopes. Isotopes ranging from lithium-3 to lithium-12 have been produced in laboratory conditions.

7Li
Lithium-7 is the most common isotope. It contains 4 neutrons and accounts for 92.41% of all natural lithium. 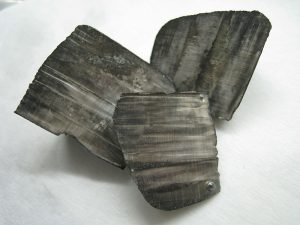 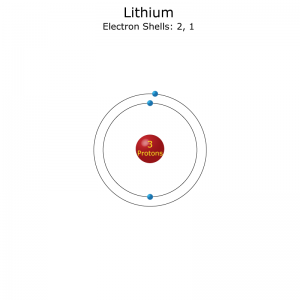 Electron configuration of a lithium atom.