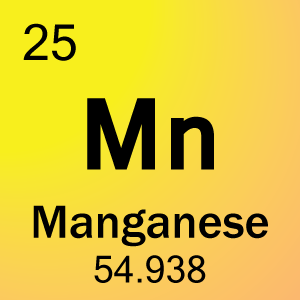 Manganese is a metal that is atomic number 25 on the periodic table with the element symbol Mn. Here’s a collection of interesting and useful manganese facts, including its history, properties, uses, and atomic data.