Oxygen is the eighth element of the periodic table. It is atomic number 8 with element symbol O. Oxygen is best known as the element we need in order to breathe, but it has many other interesting properties. These oxygen facts contain chemical and physical data along with general information and history.

Discovery: Carl Wilhelm Scheele in 1773 and Joseph Priestley in 1774. Priestley is often given priority because his work was published first. Both men noticed heating particular oxides released a gas which caused candles to burn brighter. Priestley went a little bit further by placing a mouse in a jar of oxygen. He expected it to survive only a few minutes before suffocating. Instead, the mouse was still alive after an hour in the jar.

Name Origin: French chemist Antoine Lavoisier named the element oxygene from the Greek words oxys meaning “acid” and genes meaning “forming”. At the time, it was believed all acids required oxygen to part of the reaction.

Natural oxygen is comprised of two stable isotopes: 16O, 17O and 18O. Radioactive isotopes have been produced under laboratory conditions ranging from 12O to 24O. 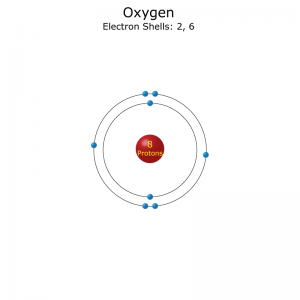 Electron configuration of an oxygen atom. 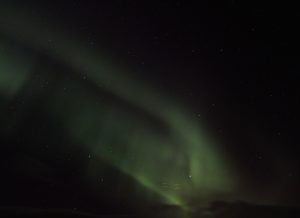 Green Aurora in Iceland. The green color is caused by the ionization of oxygen in the upper atmosphere. (Anne Helmenstine)