Have you ever wondered when, exactly, each of the chemical elements was discovered or first synthesized? These periodic table wallpapers contain the dates of discovery of each element. 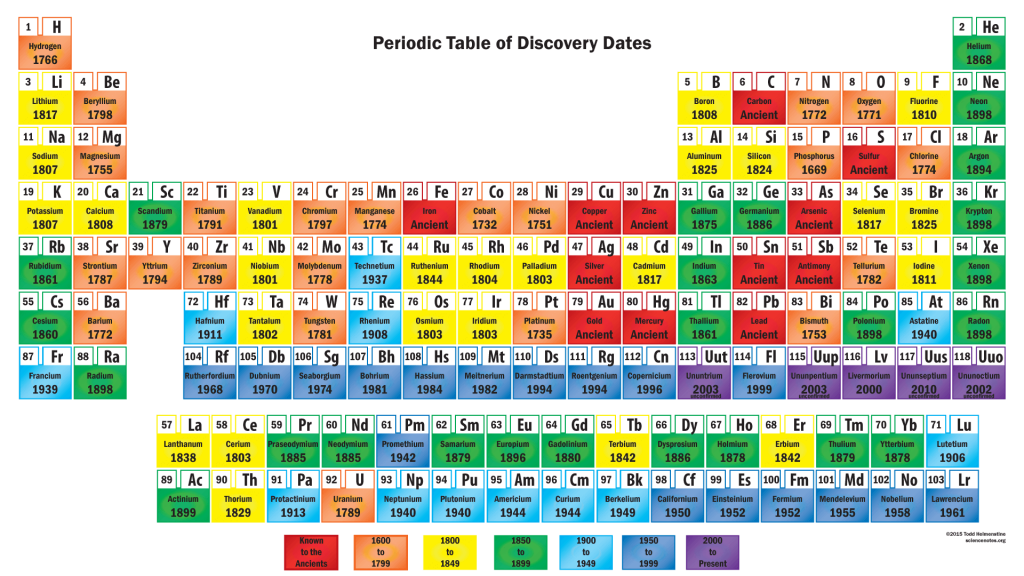 Each element is identified by their atomic number, symbol, name and discovery date. The colors correspond to the different eras of chemistry.

These dates correspond to the date of initial discovery. Many elements were not confirmed or isolated for many years after their discovery.

This periodic table discovery dates is also available with a darker background for those that prefer a darker, high-contrast background. 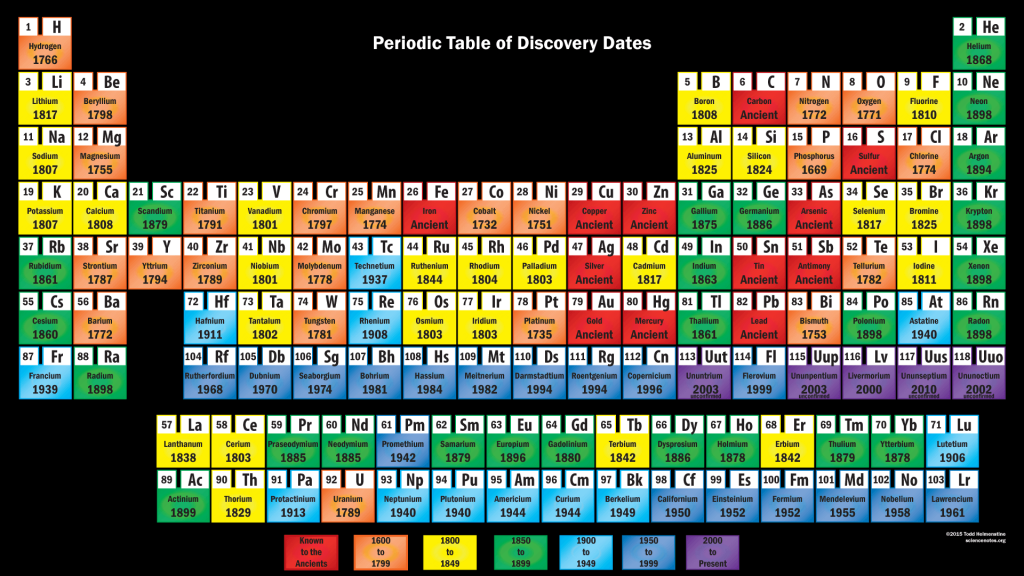 Each wallpaper is 1920×1080 in dimensions and suitable for any widescreen device. Click the image to view the full-sized periodic table.