Scandium is the 21st element of the periodic table. These scandium facts contain chemical and physical data along with general information and history. 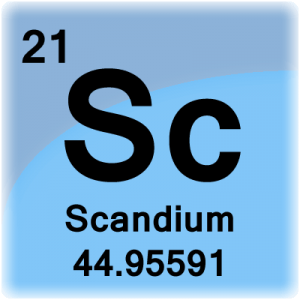 Mendeleev predicted the existence of an element between calcium and titanium because there was a gap in the atomic weights. Many chemists began searching for this element, but Swedish chemist Lars Nilson extracted scandium from a sample of the mineral euxenite. He extracted an oxide of ytterbium and an unknown element with an atomic weight of about 44. This placed the element in the position on the periodic table belonging to be Mendeleev’s missing element.

Name Origin: Scandium gets its name from the Latin Scandia which was the name for Scandinavia.

Natural scandium is comprised of only one stable isotope 45Sc. Twenty three radioactive isotopes exist ranging from 37Sc to 60Sc.

45Sc
Scandium-45 is a stable isotope containing 24 neutrons. 100% of natural scandium is scandium-45. 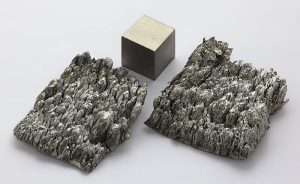 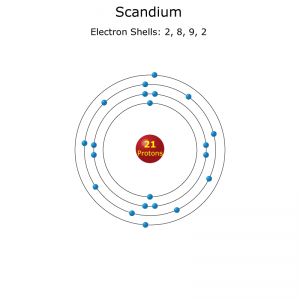 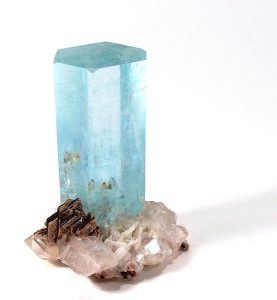 Aquamarine Mineral – Beryl Crystal The color is due to the presence of scandium. (Rob Lavinsky, iRocks.com)