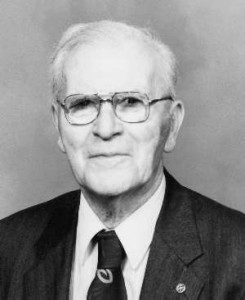 September 10 is Waldo Semon’s birthday. Semon was the American chemical engineer that invented one of the most used plastics in the world, vinyl.

Vinyl is the plasticized form of poly vinyl chloride or PVC. PVC was originally discovered by German chemist August Wilhelm von Hoffman in 1872. He found the material hard, brittle and little more than a curiosity. It was rediscovered by another German chemist, Friedrich Heinrich August Klatte. Klatte found the same properties as von Hoffman and set his container of PVC off to the side for future study. Over the course of time, sunlight polymerized Klatte’s sample to the rigid, but less brittle form we know today. Klatte obtained a patent in Germany but did not pursue any commercial use of the material.

Semon was working as a chemical engineer for the B.F. Goodrich company in 1926. He was attempting to find an adhesive polymer that would help bond rubber to metal. He was attempting to treat PVC to obtain a different polymer by removing the chlorine using solvents. Instead of producing an adhesive, he found a flexible version of PVC. Goodrich began marketing the product under the name Koroseal. Koroseal was used to waterproof cloth, coat electrical wiring and as seals for shock-absorbers. Another company, Union Carbide would use this plastic mixed with vinyl acetate to the music industry in the form of vinyl records.

Today PVC is the third most used plastic after polyethylene and polypropylene. You will encounter some form of plasticized PVC nearly everywhere. It is on the sides of houses, garden hoses, auto parts, and most commonly in plumbing. It is estimated that in the US alone, PVC tubing accounts for up to 75% of plumbing.

If that wasn’t enough, Semon also invented a synthetic rubber known as Ameripol and contributed greatly to the development of styrene rubber substitutes during World War II. One of his favorite inventions was a type of synthetic bubble gum. It looked just like gum but allowed the chewer to blow really large bubbles. B.F. Goodrich did not believe anyone would chew fake gum you could blow bubbles with and did not market Semon’s idea. Bubblegum would be invented again by the Fleer Chewing Gum company’s accountant in 1928. 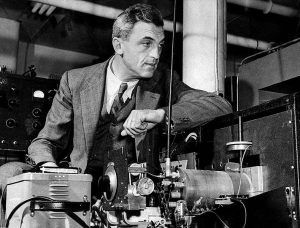 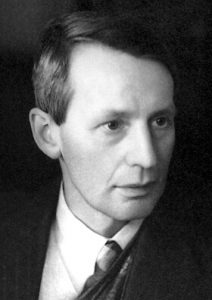 Thomson was an English physicist who shares the 1937 Nobel Prize in Physics with Clinton Davisson for demonstrating the wave properties of an electron. Both men made the same discovery independent of each other. Thomson found that electrons could be diffracted just like waves and supplied the first proof of de Broglie’s hypothesis of wave-particle duality.

George Thompson was the son of J. J. Thomson, the discoverer of the electron. 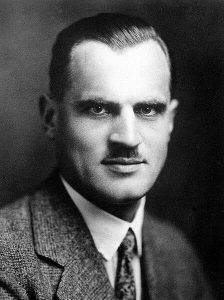 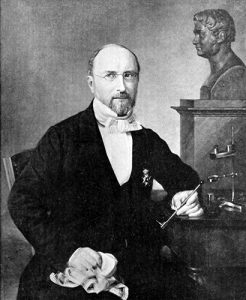