Sulfur is the 16th element of the periodic table. These sulfur facts contain chemical and physical data along with general information and history. 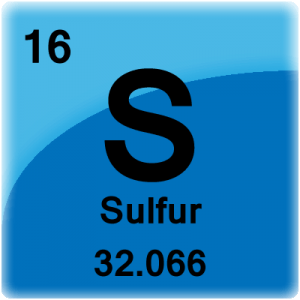 People have known about sulfur since ancient times. It is one of the few elements which can be found in native form. Sulfur has been known by many names: sufra (Arabic word for yellow), brimstone, shulbari (Sanskrit for ‘enemy of copper’) and sulfurium (Latin). It was recognized as an element by French chemist Antoine Lavoisier in 1789.

Name Origin: Sulfur was taken from the Latin spelling of sulfurium. The -ium suffix was dropped because sulfur was not a metal.

Spelling: The f in sulfur was formally adopted by the IUPAC in 1990. Sulphur was used by British chemists since the 19th Century. In 1992, the Royal Society formalized the British spelling to sulfur.

35S
Sulfur-35 is a radioactive isotope containing 19 neutrons. Sulfur-35 decays by β- decay into 35Cl with a half-life of 87.51 days. This isotope can be found naturally in trace quantities. 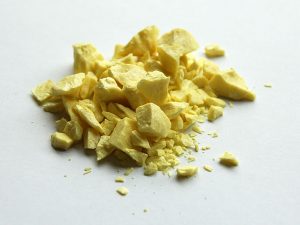 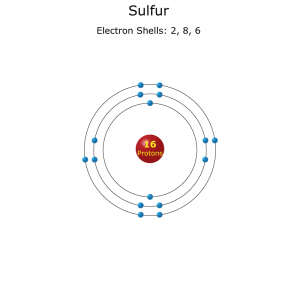 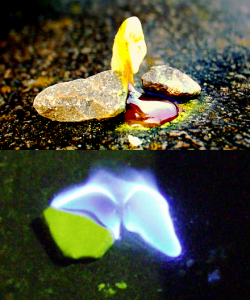