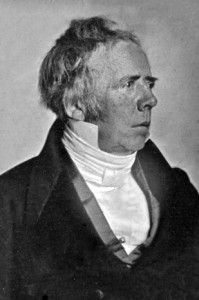 August 14 is Hans Christian Ørsted’s birthday. Ørsted was a Danish physicist who showed that an electric current produces magnetic fields.

Ørsted discovered the needle of a compass would point towards the wire when he allowed an electric current to pass through a wire. He also found if he reversed the direction of the current, the needle would point away from the wire. He initially thought the magnetic field radiated out from the wire like heat. He later discovered the magnetic field actually followed a circular pattern around the wire.

These discoveries founded the science of electrodynamics. Both electricity and magnetism had been known for centuries but they were always thought as a separate phenomenon. Ørsted was the first to link them together. Even though he made this significant discovery, the only thing he achieved after it was to write a short treatise and move on to other topics. Electromagnetism would have to wait for French physicist André-Marie Ampère to express this effect through mathematics.

Ørsted was the first to isolate an alkaloid found in pepper known as piperine. This chemical is responsible for the black pepper smell. He was also the first to produce metallic aluminum from aluminum chloride.

The CGS unit of magnetic induction is named after him. One oersted (Oe) is defined as a dyne (CGS unit of force equal to 10 micronewtons) per unit pole.

Other Notable Science Events for August 14 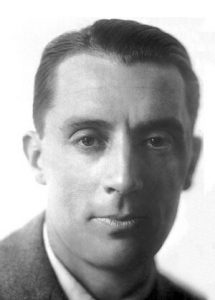 Joliot-Curie was a French physicist who shares the 1935 Nobel Prize in Chemistry with his wife, Irene for the synthesis of artificial isotopes. They exposed different elements to alpha radiation and found new isotopes of other elements that were normally not radioactive. 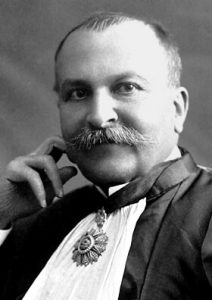 Sabatier was a French chemist who advanced the understanding of catalysts. He was awarded half the 1912 Nobel Prize in Chemistry for his method of hydrogenating organic compounds in the presence of metallic powder catalysts. He is also known for the Sabatier reaction where hydrogen reacts with carbon dioxide under high temperature and pressure to create methane and water using nickel as a catalyst. The Sabatier principle of catalysts states the interactions between catalyst and substrate should not be too strong or too weak.

Ernest is a Swiss physical chemist who was awarded the 1991 Nobel Prize in Chemistry for developing high resolution nuclear magnetic resonance spectroscopy. He changed the radio frequency waves that previously were used in NMR with short, powerful pulses of energy. This process greatly improved the range and resolution of the device. 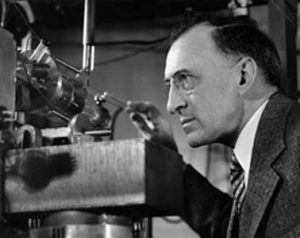 Dempster was a Canadian-American physicist who designed and built the first mass spectrometer. Mass spectrometers are used to separate a sample’s components by mass. He later used this device to discover the uranium isotope U-235, the main isotope used in atomic bombs.