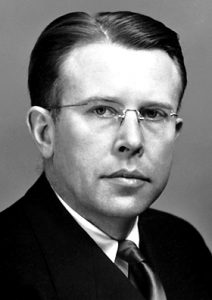 Ernest Lawrence – Inventor of the cyclotron

August 27 marks the passing of Ernest Orlando Lawrence. Lawrence is the American nuclear physicist who invented the cyclotron.

Lawrence set out to design a more compact linear accelerator. In 1928, a linear accelerator was basically a series of alternating electric coils arranged along a beam of charged particles. Each coil would give the charged particles a small push, accelerating them a small amount and giving them more energy. The more coils, the more small pushes and the more energy your particles would gain. The problem with this method was if you wanted higher energy particles, you had to add more coils which meant longer beams.

Lawrence built the first cyclotron using this device with Niels Edlefsen. It was a brass device only 4½ inches across, but strong enough to use 1800 Volts to accelerate protons to an energy of 80,000 electron volts. This showed his cyclotron design had tremendous possibilities. Lawrence handed over the construction of a larger version to one of his graduate students, M. Stanley Livingston. Livingston built a larger 11-inch diameter cyclotron that produced 1.22 MeV protons from 3000 V. Lawrence would receive the 1939 Nobel Prize in Physics for the invention of the cyclotron.

Lawrence continued to plan larger cyclotrons to coax more energy out of his protons. He obtained an 80 ton World War I surplus magnet built to send radio signals across the Atlantic from a local junkyard. This magnet became the centerpiece of his 27-inch cyclotron. This device would be eventually replaced by a 37 inch and 60-inch version. The 60-inch version would be used by Glenn Seaborg’s team to create most of the actinide elements. Plans were made to build a massive 184-inch cyclotron but World War II interrupted.

During World War II, Lawrence was an obvious candidate to work on the Manhattan Project. He was tasked with coming up with a method of separating uranium-235 from uranium-238 for the atomic bomb. Separation was difficult because both isotopes had similar chemistry. Lawrence’s team came up with a physical means to separate them. They combined Lawrence’s cyclotron design with a mass spectrometer to build an electromagnetic isotope separator.

After the war, Lawrence returned to research. He continued the path to build bigger, better cyclotrons. The “Bevatron” accelerator was the culmination of his efforts. The Bevatron was named because the output energy of the protons was 6.2 billion electron volts or BeV. This device would eventually be instrumental in the discovery of the antiproton.

When the Soviet Union detonated their first atomic bomb in 1948, Lawrence became involved in the hydrogen bomb project. He lobbied for the creation of a second facility to compete with Los Alamos. This facility became the Livermore National Laboratory, or as it is known today as the Lawrence Livermore Laboratory.

Lawrence passed away on August 27, 1958. He had been part of the delegation trying to ban nuclear weapons testing and became ill during the conference. 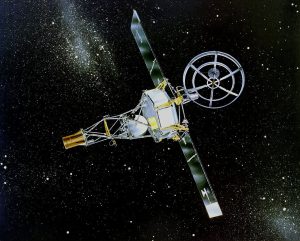 Mariner 2 was the first spacecraft to travel to another planet. 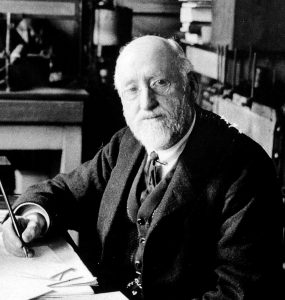 Bayliss was a British physiologist who, with Ernest Starling, discovered the first hormone. They discovered a chemical compound that stimulates the secretion of pancreatic digestive juice when food enters the intestines. They called this chemical secretin and called this type of chemical a hormone after the Greek horman meaning “to set in motion”. 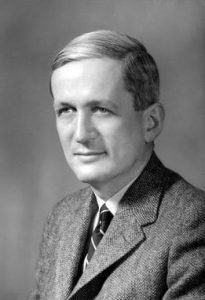 Ramsey is an American physicist who was awarded half the 1989 Nobel Prize in Physics for the invention of the oscillatory fields method of measuring very small energy changes. This method was used in the development of atomic clocks. He also was part of the team that developed the hydrogen maser.

Ramsey was one of the driving forces behind the creation of the Brookhaven National Laboratory and Fermilab. 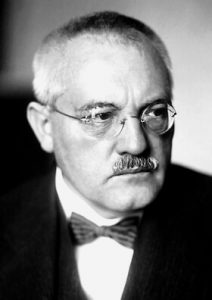 Bosch was a German chemical engineer who created the large scale method to fix nitrogen from atmospheric nitrogen.His continued research into high-pressure chemistry would earn him half the 1931 Nobel Prize in Chemistry. He was also one of the founders of one of the largest chemical companies in the world, IG Farben.

His continued research into high-pressure chemistry would earn him half the 1931 Nobel Prize in Chemistry. He was also one of the founders of one of the largest chemical companies in the world, IG Farben.

Bosch was also one of the founders of one of the largest chemical companies in the world, IG Farben.