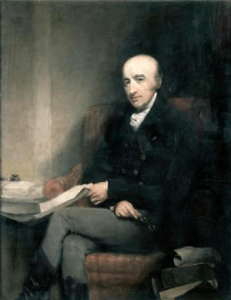 December 22 marks the passing of William Hyde Wollaston. Wollaston was a British chemist who first isolated the element palladium.

In the early 19th Century, platinum required a fiddly technique to extract the metal from its ore. It began by dissolving the ore in aqua regia, a mixture of hydrochloric and nitric acids. Once dissolved, a black residue settled to the bottom of the solution.  Once the residue was removed, a platinum salt could be collected by adding ammonium chloride to the dissolved metal solution.

Wollaston had partnered with another chemist named Smithson Tennant to investigate this reaction. Tennant took on the task of investigating the black precipitate where he found two new elements: indium and osmium. Wollaston was left with the platinum salt.

Wollaston named his new metal ceresium after the recently discovered asteroid, Ceres. He changed the name to palladium after the discovery of another new asteroid, Pallas. He kept his technique a secret so he would be the only source of the metal. He published his secret just two years before his death in 1828.

Südhof is a German-American biochemist who shares the 2013 Nobel Prize in Medicine with James Rothman and Randy Schekman for their work with vesicle trafficking. Vesicles are small structures formed by fluids surrounded by a lipid bilayer. These structures transport molecules between cell layers. Südhof demonstrated the mechanisms of how vesicles hold their place and prepare their signal-bearing molecules for use at the correct time during his study of mouse brain cells. 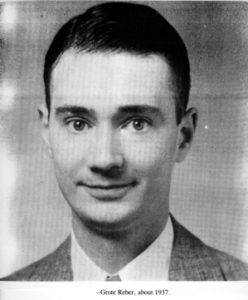 Reber was an American amateur radio operator and astronomer who built the first radio telescope. After learning about Karl Jansky’s discovery of radio signals from space, he built a 9-meter dish receiver in his backyard. He began a systematic mapping of radio frequencies of the night sky. His success began the radio observatory boom of modern astronomy.

Harline was an American physiologist who shares the 1967 Nobel Prize in Medicine with George Wald and Ragnar Granit for their research into the neurological mechanics of vision. He investigated the electrical activity of the retinas of mollusks and arthropods. He found the photoreceptor cells are linked and suppress signals by their neighbors so they can work together and refine the contrast and clarity of the image.