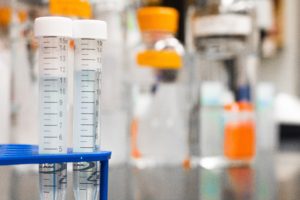 Louise was the first successful ‘test tube baby’ human to be born. She was born July 25, 1978 by planned caesarean section to John and Lesley Brown at in Oldham General Hospital, Greater Manchester, UK. She weighed in at 5 lbs 12 ounces.

Louise’s mother could not conceive on her own. The family turned to Dr. Patrick Steptoe and Dr. Robert Edwards who offered an experimental option that may lead to a baby. The doctors removed egg cells from Mrs. Brown and inseminated them in a petri-dish. They allowed the cells to culture before returning them to Mrs. Brown to carry to term.

This technique had never successfully produced a term baby. After this success, the Browns finally had a daughter. Dr. Edwards would receive the 2010 Nobel Prize in Medicine for developing this technique. Children born by this technique are often called test tube babies thanks to the media at Louise’s birth, but the procedure is actually known as in vitro fertilization. It has produced over 200,000 babies in the United States alone and helped many couples who could not have children by other means.