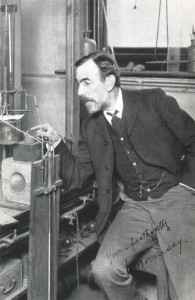 October 2 is Sir William Ramsay’s birthday. Ramsay was a Scottish chemist who was responsible for discovering the elements that make up most of the right-hand edge of the periodic table–the noble gases.

Ramsay collaborated with Lord Rayleigh who had noticed a difference in density between nitrogen obtained from the air and nitrogen obtained through chemical reactions. Ramsay designed a method to remove both oxygen and nitrogen from a volume of air. Once he accomplished this, he found there was still gas remaining. The leftover gas did not react with any other chemical Ramsay exposed it to. He named his new gas argon after the Greek word meaning ‘lazy’ or ‘unreactive’.

Ramsay would continue to work with air to isolate other inert gases. He discovered neon, krypton, and xenon. He also discovered air contained helium, which had never been found on Earth, but only seen in the spectra of the Sun and other stars. For these discoveries, Ramsay would receive the 1904 Nobel Prize in Chemistry. Lord Rayleigh received his Nobel Prize in the same year for the discovery of argon. Ramsay would discover the last noble gas, radon six years later. 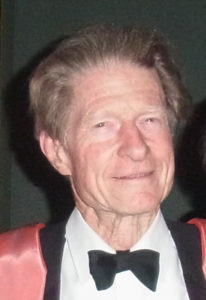 Gurdon is an English biologist best known for his work in cloning. He disproved the idea that a mature cell could not return to an immature state. Popular belief held that once a cell established its role, it could not become something different. Gurdon transplanted the nucleus from a fertilized frog egg cell to a tadpole’s intestine cell. The intestine cell began to act as an egg cell and a new frog developed. This proved the cell contained all the genetic information needed to become any other type of frog cell. This research earned him half of the 2012 Nobel Prize in Physiology and Medicine.

Svante August Arrhenius was a famous Swedish physicist and chemist. He is considered to be one of the founders of the science of physical chemistry. Arrhenius is known for the Arrhenius equation and for winning the 1903 Nobel Prize in Chemistry for the theory of electrolytic dissociation.

Duve is a Belgian biochemist and cytologist who shares the 1974 Nobel Prize in Medicine with George E. Palade and Albert Claude for their discoveries concerning the structure and function of the parts of the cell. Duve discovered lysosomes and peroxisomes. Lysosomes are organelles that contain digestive enzymes that break down old organelles, food, engulfed viruses or bacteria within the cell. Peroxisomes are organelles that aid in the metabolism of fatty acids and are found in almost all eukaryotic cells. 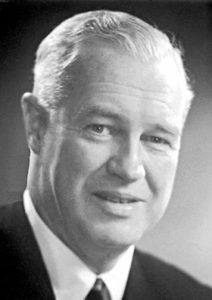 Todd was a Scottish biochemist who was awarded the 1957 Nobel Prize in Chemistry for his work with nucleotides, nucleosides and their coenzymes. He studied the structure and synthesis of many of these compounds that are the building blocks of DNA and RNA. He also synthesized two important biochemical compounds: adenosine triphosphate or ATP and flavin adenine dinucleotide or FAD. 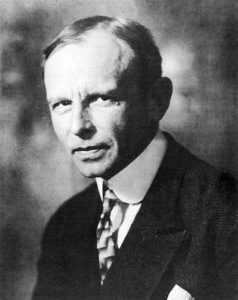 Terzaghi was an Austrian civil engineer and geologist who was the father of soil mechanics. Soil mechanics deals with the behavior and physics of soil under stresses such as earthquakes, explosions, the wind, waves or even heavy foot traffic. This is a vitally important concept to engineering and construction.