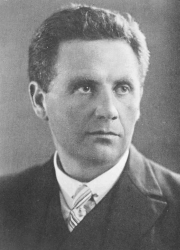 October 5 is Dirk Coster’s birthday. Coster was a Dutch physicist who, together with George Charles von Hevesy discovered the element hafnium.

For many years, element 72 was a missing spot in the periodic table. Mendeleev left the spot open below the elements titanium and zirconium, believing the unknown element should have similar chemistry to those elements. With that as a starting point, several chemists began the search for the missing element in zirconium minerals. Many zirconium minerals contain impurities that could turn out to be element 72.

Since the mid-1800s, these impure zirconium minerals led many chemists to believe they had discovered element 72. These chemists were quick to adopt their own names for their discoveries. Examples include Swedish chemist Lars Svanberg’s norium, but his sample proved to be another lanthanide. Henry Clifton Sorby observed a new spectral line in zirconium and named his discovery jargonium, but retracted his claim the following year due to experimental error on his part. Tellef Dahl believed he had discovered Norwegium. Other claims of ostranium, nigrium, euxenium were announced. French chemist Georges Urbain announced he had isolated element 72 from a rare-earth sample and named it celtium. Russian chemist Nenadkevich thought he had isolated thorium in the mineral orthite, but it had a much lower atomic weight, one that would correspond to element 72. He named his discovery asium, but could not publish his find due to World War I and the Russian Civil War.

Coster and Hevesy would find their element 72 in 1923 in a zircon mineral by x-ray spectroscopy. They had been working in Neils Bohr’s laboratory when Bohr won his Nobel Prize. Coster notified Bohr of the discovery and wanted to name it hafnium, after the Latin name of Copenhagen. Bohr wanted to name it danium, but he accepted Coster’s name. Bohr amended his Nobel lecture to include the announcement of the discovery.

Coster was also the person who traveled to Berlin in 1938 to convince Lise Meitner to escape German persecution of Jewish scientists. He traveled with her by train to the Danish border and convinced German immigration officials Meitner had permission to visit the Netherlands. After crossing the border, Meitner ‘extended’ her visit permanently by moving to Copenhagen. Coster would remain in Holland throughout the war, including during the German occupation. He would continue to hide Jews and aid in their escape through the war. 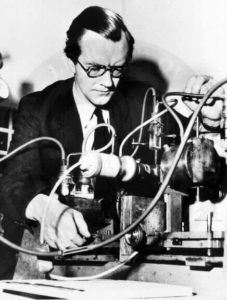 Wilkins was a New Zealand biophysicist who shares the 1962 Nobel Prize in Medicine with Francis Crick and James Watson for determining the molecular structure of DNA. Wilkins worked with x-ray diffraction techniques to examine DNA molecules from calf thymus and produced photographs of long, thin DNA molecules. He worked with Crick and Watson to improve the x-ray sensitivity and ultimately determine the structure of the molecule. 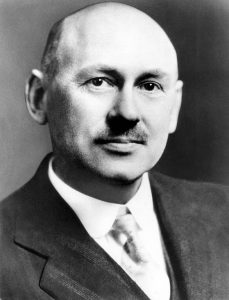 Goddard was an American physicist who was a pioneer of rocketry. He designed and launched the world’s first liquid-fueled rocket in 1926. He and his team continuously added innovation to his designs, launching 34 rockets over the next fifteen years. His rockets reached altitudes as high as 1.6 miles (2.6 km) and reached speeds of 550 miles per hour (885 km/hr). He patented several devices to control his rockets in flight including gyroscopes and steerable thrust.

He was frequently ridiculed for his theories and claims during his lifetime, but his accomplishments would earn him the distinction of the Father of Modern Rocketry and the Space Age. 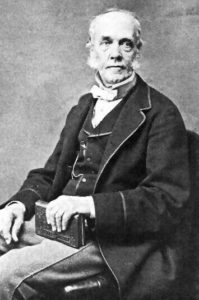 Lassell was an English amateur astronomer. He built his own observatory and telescope in Liverpool and discovered Triton, Neptune’s largest moon. He also discovered two moons of Uranus: Ariel and Umbriel. He independently discovered the moon Hyperion of Saturn.

His telescope was one of the first to utilize the equatorial mounting system. This system allows the telescope to move as the Earth rotates to keep the target in view, allowing longer viewing times. \

After his death, his telescope was donated to the Royal Observatory in Greenwich.

Rous was an American pathologist that was awarded half the 1966 Nobel Prize in Medicine for his discovery of cancer causing viruses. He discovered that a malignant tumor growing on a chicken could be transferred to another chicken by exposing the bird to a cell-free filtrate.