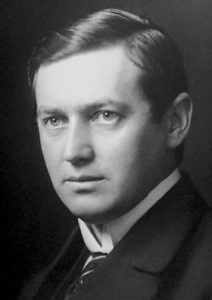 September 26 is the anniversary of Karl Manne Georg Siegbahn’s death. Siegbahn was a Swedish physicist best known for his contributions to x-ray spectroscopy.

In 1913, Niels Bohr introduced the Bohr model of the atom. Bohr’s atom had a nucleus in the center and electrons orbiting at discrete energy levels. As electrons would jump from a higher energy level to a lower energy level, the atom would emit a photon of light equal to the difference between the energy levels. Bohr used this to explain the spectral lines observed in hydrogen atoms.

Seigbahn showed the same was true for x-rays. X-rays can be produced by two methods. One is called Bremsstrahlung radiation where high energy electrons are diverted from their paths by a positively charged atomic nucleus. The change in energy in this ‘breaking’ maneuver is conserved by the emission of a photon. If the energy of the electrons is tuned properly, x-rays can be produced.

In the early days of electron orbital study, the ground state of an atom was called the K shell. As you increased the energy level by 1, you added a letter to the shell name. The second level was called the L shell, the third M, and the fourth N. In many elements, the energy difference between these shells would produce photons in the x-ray range of the spectrum. Photons that fell to the ground state (K) were called K series x-rays. To distinguish between the energy levels, Greek subscripts would denote the original shell. For example, L → K is a Kα, M → K is a Kβ. L series x-rays are formed from M → L transitions.

Siegbahn discovered a new band of x-rays he called the M series. They are found in elements with larger nuclei, usually where the atomic number is above 60 where the energy levels of the higher transitions are in the x-ray spectrum again.

X-ray fluorescence was an important step in verifying the shell model of the atom during the early days of quantum mechanics. Seigbahn would earn the 1924 Nobel Prize in Physics for his contributions to x-ray spectroscopy. 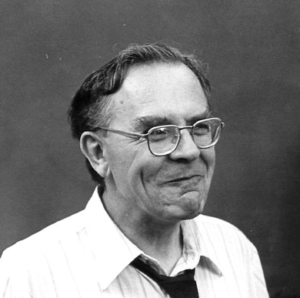 Geoffrey Wilkinson shares the 1973 Nobel Prize in Chemistry with Ernst Otto Fischer for their independent pioneering work with organometallic compounds. He researched compounds with transition metal complexes, catalysts, and sandwich compounds. Wilkinson’s catalyst (RhCl(PPh3)3) is used in industry to hydrogenate alkenes into alkanes.

He also identified the structure of the sandwich compound, ferrocene (Fe(C5H5)2). This organometallic compound consists of two cyclopentadienyl rings bonded to a central iron atom. The two rings lay flat and parallel to each other like the bread in a sandwich, giving the name to ‘sandwich compound’.

Ružička was a Swiss-Hungarian biochemist who was awarded half the 1939 Nobel Prize in Chemistry for his work on polymethylenes or cyclic alkanes and terpenes. He worked in the perfume industry investigating the compounds that make up the scent from musk deer and civet cats.

He also investigated and determined the structure of the sex hormones androsterone and testosterone. 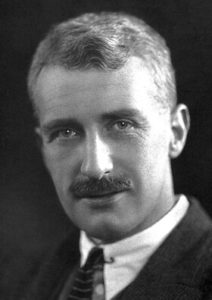 Hill was an English physiologist who is considered one of the pioneers of biophysics. He was awarded half the 1922 Nobel Prize in Medicine for his discovery into the production of heat and mechanical work in muscles.

Hill tracked the chemical reactions that occur when the muscles in frog legs move. Using the heats of reactions, he demonstrated there was a delay between the reaction and the mechanical action of the muscle. He also showed the sequence of reactions involved a work phase that did not require oxygen and a recovery phase requiring oxygen. 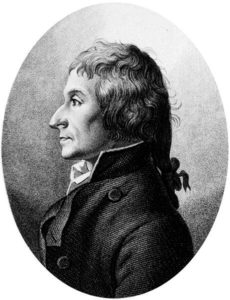 Proust was a French chemist who proved that the relative quantities of the elements that make up a chemical compound are constant, regardless of the component’s source. This is referred to as Proust’s law or the law of definite proportions.

His later work involved the study of sugars. He showed the sugar in grapes is identical to the sugar in honey.