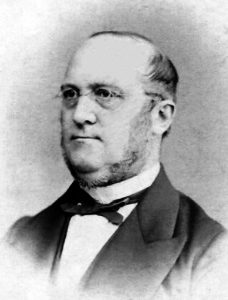 One of the synthesis reactions Kolbe is known for is the synthesis of salicylic acid. Salicylic acid is one of the main components in the manufacture of the most widely used over-the-counter drug in the world: aspirin. Aspirin has many uses to reduce swelling, fevers, aches, and pains.

Kolbe’s synthesis achievements are often marked as the final evidence against the old vitalism theory. Vitalism held there was a difference between the organic and inorganic. Inorganic reactions are reversible. Organic processes made irreversible changes. Cooking made changes to food that could not be undone. Fermentation converts sugar to alcohol, but could not go back to sugar by the same process. Many scientists believed organic material contained some ‘vital spark’  that assisted organic chemical processes. Vitalism began to lose credibility when Frederick Wöhler successfully synthesized the organic compound urea from inorganic components in 1828. Twenty years later, Kolbe was beginning to demonstrate reaction after reaction where organic chemicals were produced by inorganic sources. There were holdouts for the theory among many famous scientists, but vitalism did not survive long into the 20th Century.

In spite of being on the correct side of the Vitalism argument, Kolbe was strongly against the theories beginning to circulate about structural chemistry. He criticized Kekulé‘s ring structure of benzene along with Adolf von Baeyer’s new chemical structure notations. As a senior editor for one of the prominent German chemistry journals, his attacks on new theories would erode at his earlier successful reputation.

David Hahn was an American Boy Scout who attempted to build a nuclear breeder reactor in his mother’s shed. He collected radioactive materials from smoke detectors, camping lanterns, radium clock dials, and tritium from gun sights. His reactor never reached critical mass but did create a radioactive hazard. He dismantled his experiment and threw much of the material into the garbage. A chance encounter with the police involved the authorities in the cleanup. His mother’s shed was labeled a Superfund site, dismantled and buried in a low-level nuclear waste facility. 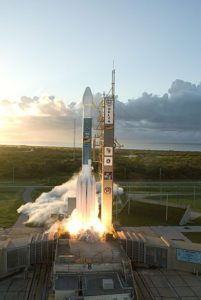 Launch of the Dawn mission to the Asteroids

Nasa launched the Dawn spacecraft to begin the mission to visit two of the larger asteroids in the Asteroid Belt: Vesta and Ceres. Dawn would enter Vesta’s orbit in July 2011 and Ceres’ orbit in March 2015.

It was also the first spacecraft to use an ion propulsion system to enable it to navigate and alter its course instead of relying on fly-bys from predetermined orbits. 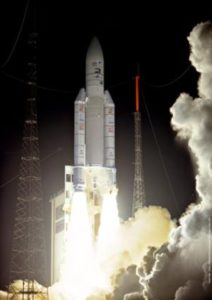 SMART-1 liftoff to the Moon. ESA

The European Space Agency (ESA) launched the SMART-1 mission aboard an Ariane rocket with two other satellites.

SMART-1 (Small Missions for Advanced Research in Technology) would separate and continue to a lunar orbit where it would investigate the chemical elements in lunar soil. It was also equipped with a new solar-electric propulsion system to navigate to and around the Moon.

SMART-1 ended its mission on September 3, 2006, when it was deliberately crashed into the Moon’s surface. The impact was calculated to be visible from Earth to simulate a meteor impact and possibly expose new underground materials. 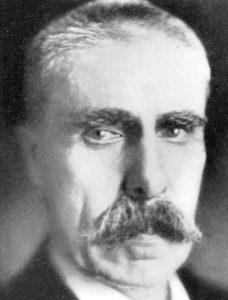 Wagner-Jauregg was an Austrian physician who treated mental diseases by inducing a fever, creating the practice known as pyrotherapy.

He discovered a treatment for dementia paralytica caused by neurosyphilis that used the malaria parasite. He was awarded the 1927 Nobel Prize in Medicine for this discovery. This process is no longer used since it kills 15% of the patients.

He also treated psychotic patients who experienced a delay of puberty by introducing tissue from thyroids and the ovaries (depending on the sex of the patient). His treatment diminished the patient’s psychosis and stimulated the onset of puberty.

Edwards was an English physiologist who pioneered the medical technique of in-vitro fertilization. This technique involves the fertilization of a human egg cell and culture it to implant it back into a female host. His efforts led to the birth of the first ‘test tube baby’, Louise Brown in 1978.

This research has allowed previously infertile couples to become parents and earned him many honors including the 2010 Nobel Prize in Medicine.

Ryle was a British radio astronomer that shares the 1974 Nobel Prize in Physics with Antony Hewish for his invention of the aperture synthesis technique. He developed this interferometer technique to resolve weak radio signals from stellar sources. This allowed astronomers to discover galaxies further away than was ever seen before. 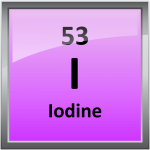 Courtois was a French chemist who discovered the element iodine. He was attempting to create saltpeter using the ashes from seaweed instead of wood to make potassium nitrate. Iodine was discovered after he treated the ashes with sulfuric acid and a vivid purple vapor was given off.