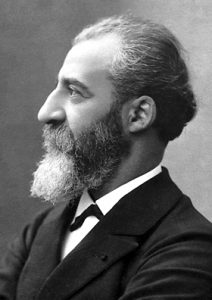 September 28 is Henri Moissan’s birthday. Moissan was the French chemist who was the first to successfully isolate the element fluorine.

Isolating fluorine was a goal for many chemists throughout the 19th Century. It was known to be an element back in the late 18th century, but no one had successfully found a way to isolate it from other compounds. Fluorine is a highly reactive substance and was prone to violent reactions that could blind, maim or kill would-be discoverers. Fluorine gained a reputation of the “chemist killer” after several deaths involving people trying to separate fluorine from hydrofluoric acid.

Moissan was attracted to the fluorine problem and set out to find a way to accomplish it. He began experimenting with electrolysis of hydrofluoric acid salts in a similar method pioneered by Humphrey Davy. After several failures, Moisson decided to try lowering the temperature of his hydrofluoric acid before electrolysis. When he lowered the temperature to -50ºC, the anode on his machine began to produce a yellow gas that would ignite when silicon and boron powders were added to it. He had produced the first samples of pure fluorine on June 26, 1886.

Moissan would continue to explore the chemistry of fluorine now that he had a steady source of the gas. One side effect of this research was the development of the electric arc furnace that bears his name. The electric arc furnace is a device that generates extremely high temperatures using high current across two nearly touching electrodes. These electrical arcs can heat their surroundings to a few thousand degrees in a very short amount of time. Moisson used his furnace to produce many exotic metals such as chromium, vanadium, uranium, tungsten, and molybdenum. The project that attracted his attention the most from this device was trying to synthesize diamonds.

Diamonds are formed from carbon under high temperature and pressure. Moisson believed he had the necessary means to generate enough temperature and began trying different methods of generating high pressure at the same time. His best results came from heating a mixture of charcoal and iron until it was a glowing molten mass. He then dropped it into cold water. The quick cooling would suddenly condense the mass and generate high pressure. When he broke open the cool solid, he found small clear crystals of high density and hardness. Moissan would go to his grave believing he had successfully produced synthetic diamonds. He actually produced silicon carbide.

Moisson would be awarded the 1906 Nobel Prize in Chemistry for the isolation of fluorine and subsequent works involving the element and for his development of his electric arc furnace.

2008 – SpaceX becomes the first civilian company to launch into space. 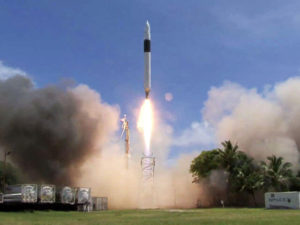 Bennet was an American physicist who invented the radio frequency mass spectrometer. He also developed the Bennett pinch, a method of using electromagnetism to confine high energy plasma into a narrow container to attempt controlled fusion. 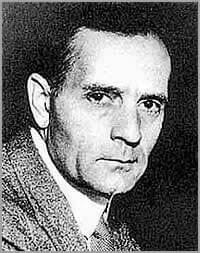 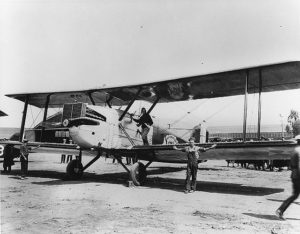 The Chicago, one of the two aircraft to complete the first circumnavigation of the world.

On April 26, four American Army Air Service crews took off from Santa Monica, California to Seattle, Washington to attempt to circumnavigate the globe. The squadron consisted of four Douglas World Cruiser aircraft and eight crew. 175 days later, two of the four planes landed in Seattle to complete the first successful aerial circumnavigation of the world. One crashed in heavy fog in Alaska and another was forced down in the Atlantic Ocean where it capsized and sank. The crews all survived the trip and the crew of the second downed aircraft used the original World Cruiser prototype aircraft to complete the journey. 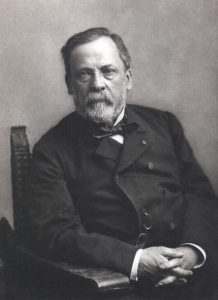 Pasteur was a French chemist and microbiologist who discovered with Claude Bernard a method to slow the development of microbes in milk and wine called pasteurization. The process involves heating the liquid just high enough to kill any microbial life without spoiling the product.He also created the first vaccine against rabies.

Pasteur is also known for his work in immunology. He discovered the bacteria responsible for chicken cholera and a means to inoculate against the disease. He found the bacteria responsible for anthrax and how farmers were spreading the disease by burying affected cattle and sheep in their fields.  His research led to the first vaccine to combat anthrax. His most notable vaccine was the first vaccine against rabies. He initially infected rabbits with the virus and removed the affected nervous tissue. After drying the tissue to weaken the virus, he prepared the samples for injection. The first human injection of this type occurred when he successfully treated Joeseph Meister, a boy badly mauled by an infected dog.

Villard was a French physicist and chemist who discovered gamma ray radiation. He was investigating radioactive emissions from radium salts and found two types of rays could still be detected after blocking the source with lead. One type was similar to Rutherford’s beta rays because they were deflected by magnetic fields. The third type proved to be a very penetrating form of radiation not previously detected. Villard did not name his discovery, but since alpha and beta radiation had been discovered, Ernest Rutherford offered up the name gamma radiation since gamma was the next letter in the Greek alphabet.