Vanadium is atomic number 23 on the periodic table, with element symbol V. It is a shiny, hard transition metal, historically used to make strong steel for car bodies. These vanadium facts contain chemical and physical data along with general information and history. 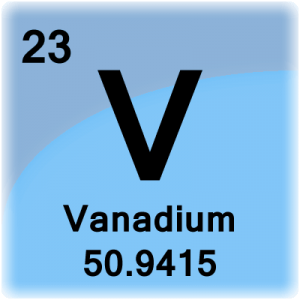 Del Rio was a mineralogy professor at the Royal School of Mines in Mexico City when he discovered what he believed to be a new element in a lead containing ore. His original name for his discovery was panchromium because of the variety of colors the salts produced. He renamed the element to erythronium (Latin for red flower) since most of these salts turned red on heating. Del Rio shipped his samples to Paris for confirmation.

Name Origin: Vanadium is named after Vanadis, the Norse name of the Scandinavian goddess of beauty, Freyja.

Natural scandium is comprised of one stable isotopes 51V and one nearly stable isotope, 50V. Twenty four artificial isotopes have been discovered ranging from 40 to 65.

51V
Vanadium-51 is the only stable isotope of vanadium and contains 26 neutrons. 99.75% of natural vanadium is vanadium-51. 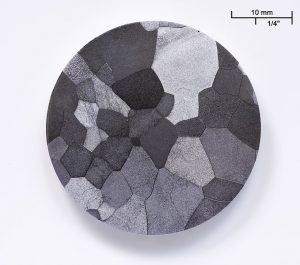 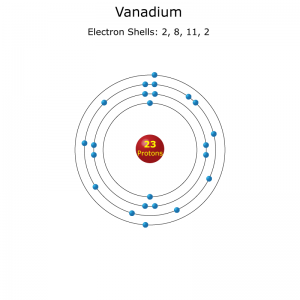 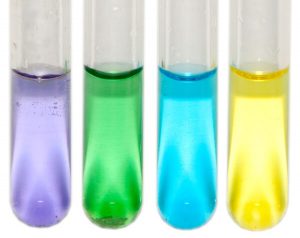