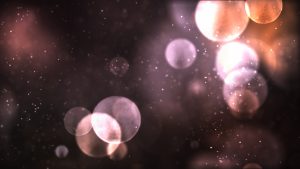 The visual center of brains of blind people may be active and produce lights and colors.

One of the most common questions blind people get asked about their blindness is “What do you see?” Unless the blind person formerly had sight, there’s no frame of reference to describe the experience. A person blind from birth typically doesn’t see anything… not black, not gray, not white. It’s like trying to describe what your elbow sees. One of the best approximations is to close one eye and describe what it sees. Nothing, right? There’s simply no input. However, not all blind people see nothing.

According to Service Dog Central, blindness is the name given to a range of diminished visual perception. Legally, anyone unable to have vision corrected to better than 20/200 is blind. However, at 20/200, a person may see light, color, shapes, and have depth perception. Most people who qualify as being blind have some level of visual input.

If a person’s eyes are removed or optic nerve is severed, he won’t see black and may not see darkness or nothing. This is because it isn’t actually the eyes that see, but the brain. How the brain interprets the lack of signal depends on previous experience and biology. A person who has never had eyes may see nothing or may perceive flashes of light or color that aren’t really there.

A person who loses sight may experience visual hallucinations of people, places, or objects.  He may see fractals, swirls of color, or sparkles. This type of hallucination is called Charles Bonnet Syndrome or CBS. While unsettling, it’s not harmful and doesn’t indicate brain degeneration.

Even though a blind person can’t see, she knows where objects are in relationship to each other. Another sense the body has is called proprioception. This is the sense that tells you where your hand is without looking at it and allows you to touch your nose in the dark. Even without sight, a person builds a spatial map of the location of objects, based on sound, temperature, and smell. While a sighted person naturally imagines a spatial map in terms of how it looks, a blind person builds a map, too. As an example, consider a relief map of mountains. You can look at such a map to understand elevation, but gain the same information simply by touching the map.

In Their Own Words

Each person has a different experience with blindness. Here is one man’s description of what he “sees.”