A heavy metal, in the general sense, is a metal which is toxic and has a high density, specific gravity or atomic weight. Examples of heavy metals include lead, mercury and cadmium.

Is “Heavy Metal” a Misleading Term? 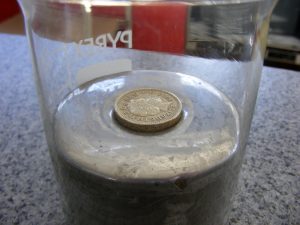 However, according to the International Union of Pure and Applied Chemistry or IUPAC, the term “heavy metal” may be a “meaningless term” because there is no standardized definition for a heavy metal. Some light metals or metalloids are toxic, while some high-density metals are not. For example, cadmium generally is considered a heavy metal, with an atomic number of 48 and specific gravity of 8.65, while gold typically is not toxic, even though it has an atomic number of 79 and specific gravity of 18.88. For a given metal, the toxicity varies widely depending on the allotrope or oxidation state of the metal. Hexavalent chromium is deadly; trivalent chromium is nutritionally significant in many organisms, including humans.

See a List of all Elements That Are Metals