Home » Science Notes Posts » Chemistry » Chemistry Notes » What Is the Difference Between an Atom and an Ion? 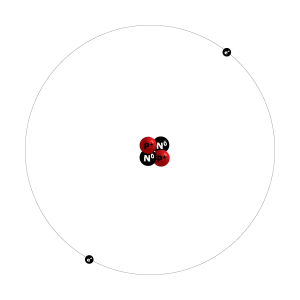 An atom can be an ion, but not all ions are atoms. The difference between an atom and an ion has to do with net electrical charge.

An ion is a particle or collection of particles with a net positive or negative charge.

An atom is the basic unit of an element. The identity of an element is determined by the number of positively charged protons in the atom’s nucleus. A stable atom contains the same number of electrons as protons and no net charge.

Ions can also be collections of atoms. Here are a few examples:

Ammonium ion: NH4+ – This ion contains one nitrogen and four hydrogen atoms with a net charge of +1.

Sulfate ion: SO42-  This ion contains one sulfur atom and four oxygen atoms with a net charge of -2.

Nitrite ion: NO2– This ion contains one nitrogen atom and two oxygens for a net charge of -1.

For more polyatomic ions, check out this handy table.