Home » Science Notes Posts » Geology » What Is the Most Common Mineral? Probably not What You Think 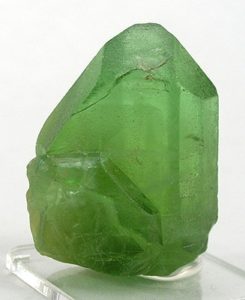 Have you ever wondered which mineral is the most abundant? There is more than one right answer to the question, depending on the context of the question and how picky you want to get about the answer. Here’s a look at the contenders for the title of Most Common Mineral:

Quartz Is the Most Common Mineral on Land

In school, you likely learned the most common mineral is quartz, which is a silicate or SiO2 mineral. The pure crystalline form of this mineral is also as rock crystal. Quartz is the most common mineral found on land and the surface of the continents. It’s found in its pure form and also in sand, granite, gneiss, and other rocks. Quartz is the “correct” answer to the question most of the time in school. Otherwise, it’s not a great answer.

Feldspar Is the Most Common Mineral in the Earth’s Crust

While the continents may contain a lot of quartz, the most abundant mineral in the entire Earth’s crust is feldspar. If you consider the entire crust, quartz is only the second most common mineral.

Feldspar is a catch-all name for a large group of minerals that all have the chemical formula XZ4O8 where X is a mixture of K (potassium), Na (sodium), and Ca (calcium) and Z is a mixture of Si (silicon) and Al (aluminum). These minerals are called silicates and aluminates.

Olivine Is the Most Common Mineral in the Earth 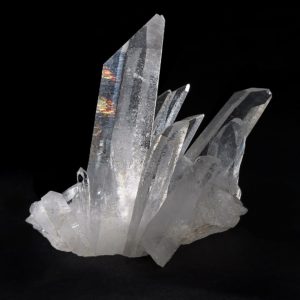 Quartz is only the most common mineral on the Earth’s surface. (JJ Harrison)

The Earth’s crust is like the skin of an orange — thin compared with the main body of the planet. The thick layer beneath the crust, called the mantle, accounts for the largest volume of our world. Most of the mantle consists of various forms of olivine, which has the general chemical formula (Mg,Fe)2SiO4. This makes olivine a magnesium iron silicate. While you may be unfamiliar with olivine, you may have seen the gemstone form of the mineral, called peridot.

Bridgmanite Is the Most Common Mineral (Most Correct Answer)

If you say olivine is the most common mineral, you won’t be wrong, but there are many varieties of olivine. The lower portion of the mantle, which accounts for the greatest portion of the planet, consists largely of a specific form of olivine called bridgmanite. Brigmanite is believed to make up 38% of the entire volume of planet Earth.

We haven’t visited this inner portion of the Earth, so how do we know what it’s made of? The answer comes from examining meteorites. The Tenham meteorite has the perovskite crystal structure predicted to form under the intense temperatures and pressures in the mantle and has the correct chemical composition. Meteorite samples are the only natural samples we have of this mineral, even though there is a vast amount of it deep below the surface.

What About the Core?

If you’re wondering why the Earth’s core isn’t considered in the analysis, it’s because scientists presently believe the Earth’s core consists of liquid iron. While solid iron may be considered a mineral, it ceases to meet the definition as soon as it turns into a liquid. Sorry, iron!