Chlorine is the 17th element of the periodic table. These chlorine facts contain chemical and physical data along with general information and history. 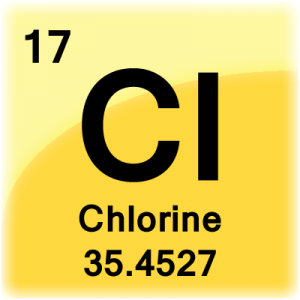 Scheele isolated chlorine from hydrochloric acid. He thought the yellow gas he collected was an oxide of another compound, not a new element. This belief continued until 1811 when Sir Humphry Davy showed there was no oxygen in chlorine gas. Chlorine was its own element.

36Cl
Chlorine-36 is a radioactive isotope containing 19 neutrons. It is formed when cosmic radiation interacts with atmospheric chlorine. Chlorine-36 decays by β- decay into 36Ar 98.1% of the time or 36S by electron capture 1.9% of the time. The half-life is 301,200 years and can be found naturally in trace quantities. 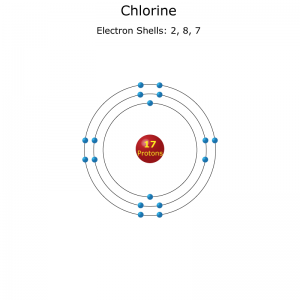