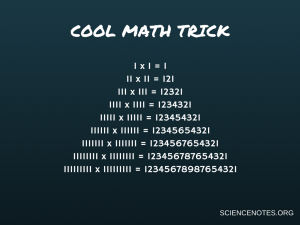 Math is like magic, except better! Here is a collection of cool math tricks you can learn to amaze your friends and learn more about how numbers work.

Everyone knows the “10 Rule” where you multiply by 10 simply by adding a 0 to the end of a number, but you might not know the 11 rule. This rule works for any two digit number to multiply it by 11:

For an example, let’s use the number 62

The only tricky part to remember is that if adding the two digits results in a number greater than 9, then you put the “ones” digit in the space and carry the “tens” digit. For example: 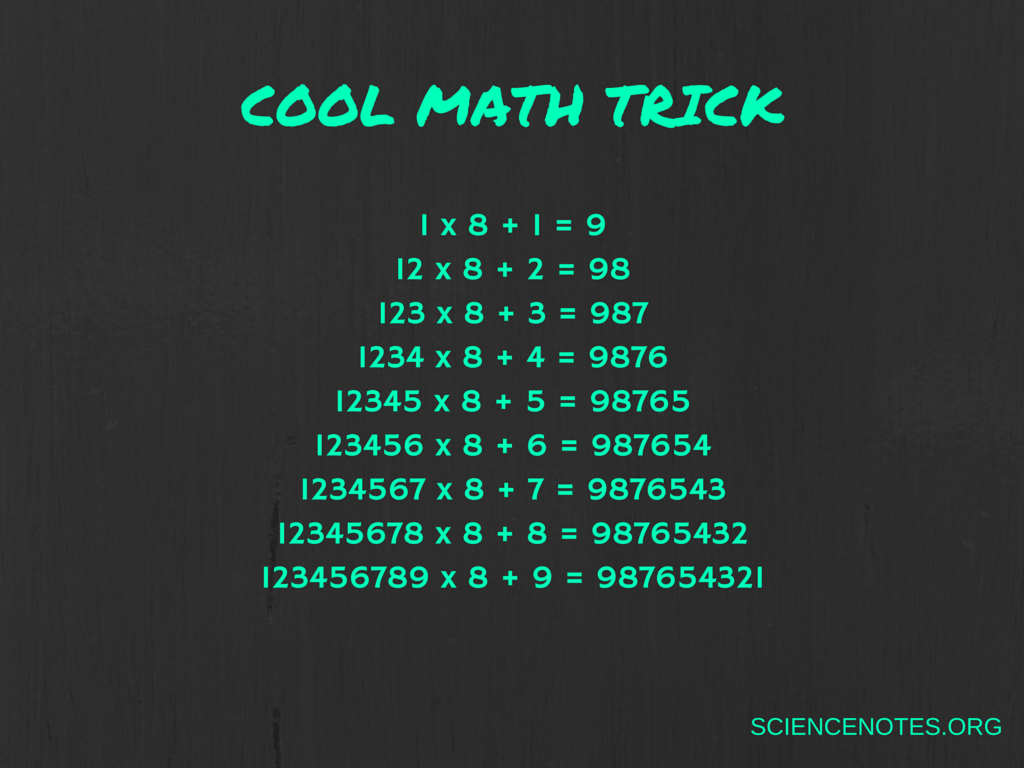 There are many math tricks that ask you to supply a number to get a “hidden” number that you actually supply in a different form during the trick. The first number isn’t too important, since it gets removed during the trick, so you can change the wording of this math trick.

As you might guess, this trick is meant to reveal a number that is less than 100. The trick uses algebra to solve for the answer. Let’s do the trick again using s for shoe size and b for birth year:

The age part takes the current year minus your birth year. The trick does not take into account your birth month, so if your birthday this year has not arrived, the answer will be a year off!

Pi is an irrational number, so you can’t learn all of its digits. However, you can learn the first few for calculations. Just remember the sentence:

“How I wish I could calculate pi.” 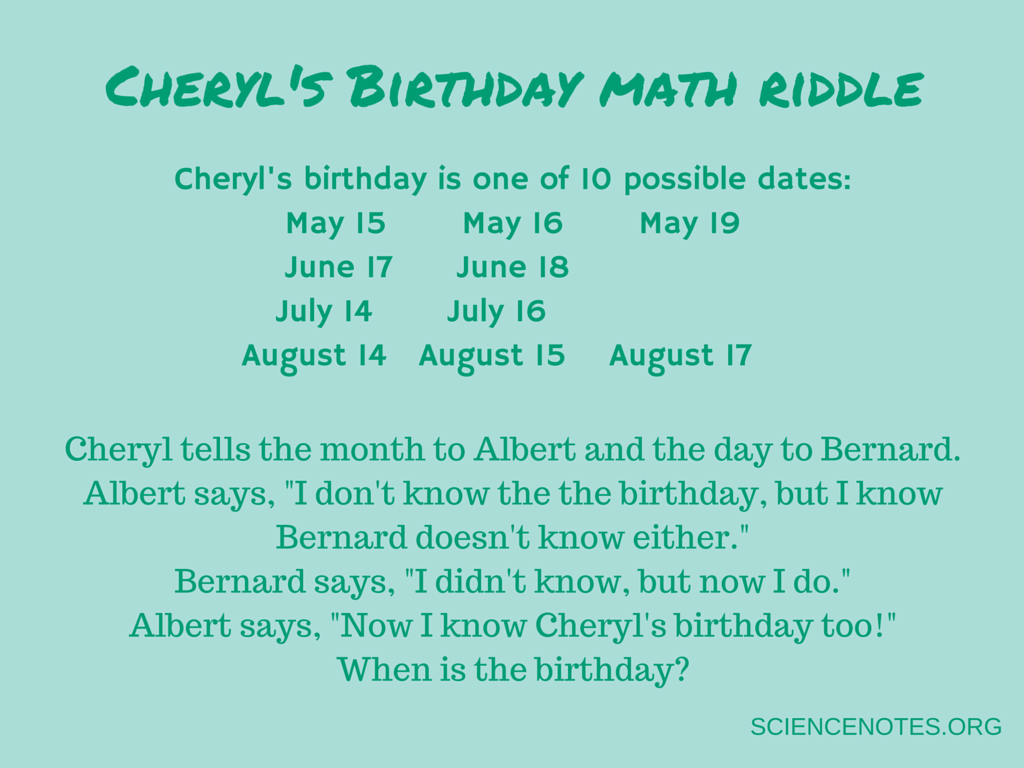 “Cheryl’s Birthday” is more of a math riddle or logic puzzle that is solved using the process of elimination or deductive reasoning. Albert can’t know the birthday because he only has the month and all months have multiple dates, but he has enough information to know Bernard does not have the date. If Cheryl had told Bernard 19 or 18, then he would know the whole birthday because there is only one month with each number. This rules out May 19 and June 18.

Since Albert knows Bernard doesn’t know, Albert must have been told July or August, as this rules out any possibility of Bernard being told 18 or 19. This excludes any dates in May or June.

When Bernard says he did not know the answer, but now he does, this means Bernard has the one remaining unique number in the list. If Bernard had a 14, he wouldn’t know whether it was in July or August. If he had a 15 or a 17, he wouldn’t know which date in August was correct. Thus Cheryl’s birthday must be July 16!

If you want to get really tricky, you can rephrase the riddle to say Bernard starts out saying he doesn’t know when the birthday is, with Albert replying he doesn’t know either. If Bernard then says he didn’t know, but now he does, and Albert replies he now knows too, then the answer is August 17. Can you see why?