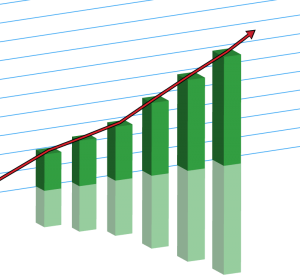 The term “average” is not used in statistics. Statisticians will choose what they mean by the term “average” depending on the way they are going to use their data. Instead, they use the terms mean, median and mode to express an “average” for numeric data.

Mean: The mean is the average of a set of numbers, determined by adding them together and dividing by how many numbers are present.

Median: The median is the middle value between the smallest and largest of a set of numbers.

Mode: The mode is the number that appears most often in a data set. It only has significance if numbers are repeated.

Range: The range is the difference between the largest and smallest numbers.

How to Find the Mean

The mean of a set of numbers is the average you are probably most familiar with. The mean is calculated by adding all the numbers together and dividing by the total number of numbers.

For example, let’s take a set of test scores from a math class of nine students. The scores were:

To find the mean, add all these scores together.

Divide this value by the total number of tests (9)

The mean score on the test was a score of 83.

How to Find the Median

Find the median of the above test scores. First sort them in increasing numerical order:

Find the number in the middle of this sequence. This number will be the median.

The median test score is 83.

Let’s take the same test scores, but remove the low one. Now we have 8 test scores. The sequence becomes:

Find the mean of these two numbers. First add them together:

Divide by the number of numbers (in this case, 2)

How to Find the Mode

The mode of a set of numbers is the number that occurs most often in the set.

Find the mode of our test scores.

Notice the score of 83 occurs twice. The mode of this set of test scores is 83.

An important thing to remember about finding the mode of a set of numbers is there may not be a mode at all. If no number repeats in the set, there is no mode. On the other hand, if a set of data can have multiple modes if there are the same number of duplicate values. Let’s say our test scores were:

Find the mean, median, mode, and range of the following set of values:

It is often helpful to arrange the numbers from lowest to highest:

The mean of a set of numbers is the average. The mean is calculated by finding the sum of all the values and dividing by the number of values.

There are 9 numbers in the series, so the mean is:

PART 2 – HOW TO FIND THE MEDIAN

The median of a series of numbers is the number that appears in the middle of the list when arranged from smallest to largest. For a list with an odd number of members, the way to find the middle number is to take the number of members and add one.
Then divide that value by two. In our case, there are 9 numbers in the series. 9+1 = 10 and half of 10 is 5. The fifth number in the series is the median or 14.

If the number of members of the series was even, the average of the two middle numbers would be the median.

The number 12 appears twice in the series. The mode of this series is 12.

PART 4 – HOW TO FIND THE RANGE

The range is the difference between the largest number and the smallest number. The range is an indication of how spread out the values of the series are. The smaller the range, the closer the numbers in the series are to each other.

Mean = average value
Median = middle value
Mode = most common value
Range = the “spread” of the series. This is the difference between largest and smallest numbers in the series.

Mean, median and mode are basic calculations in introductory statistics to express average values of a set of data. Which one you use will change on a case to case basis. It is best to learn how to do all three before identifying which one you will need.