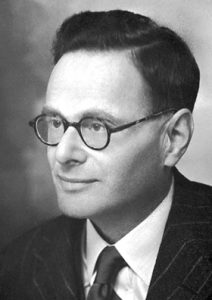 November 22 marks the passing of Hans Adolf Krebs. Krebs was a German chemist who was awarded the 1953 Nobel Prize in Medicine for the discovery of the citric acid cycle or the Krebs cycle.

The Krebs cycle is a series of chemical reactions that take place in cells where food is broken down into carbon dioxide, water, and energy. The reactions take place in the mitochondria of cells as part of the process of cellular respiration. At the beginning of the cycle, an acetyl group broken down from food and combines with a four-carbon molecule called oxaloacetate to make a six-carbon compound, citric acid. The citric acid molecule is rearranged and stripped of two of its carbon atoms during the process releasing carbon dioxide and 4 electrons. At the end of the cycle, a molecule of oxaloacetate remains, which can combine with another acetyl group to being the cycle again.

Andrew Huxley was born. Huxley is the English physiologist who shares the 1963 Nobel Prize in Medicine with John Carew Eccles and Alan Hodgkin for their discoveries and research involving nerve cells. Huxley and Hodgkin’s research involved nerve action potentials. These are the electrical signals that enable a nerve’s coordination with the central nervous system. They hypothesized the existence of ion channels that transport the actual nerve signal that would be discovered in the 1970s. 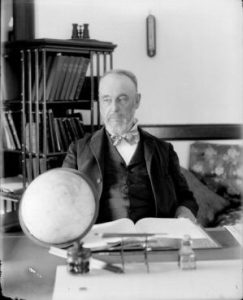 Hall was an American astronomer who discovered the two moons of Mars, Phobos, and Deimos. He worked for the US Naval Observatory where he was responsible for operating the world’s largest refracting telescope of the time.

During his tenure, he determined the orbits of several planet’s satellites and the rotation rate of Saturn.