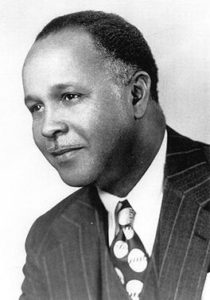 April 11 is Percy Lavon Julian’s birthday. Julian was an African-American chemist and pioneer of steroid synthesis from plant sources.

Chemists of the 1930s had a new set of chemical compounds with similar structures called steroids. Steroids are found in the sex hormones and adrenal glands of animals but difficult to collect in useful amounts for study. Several chemists began searching for alternative sources.

Julian began studying plant chemistry as a doctoral student in Vienna. He returned to the United States to take a position at his undergraduate alma mater. He also managed to secure a position for one of his Viennese colleagues, Josef Pikl. Together, they were the first to synthesize the steroid physostigmine from Calabar beans. Physostigmine is widely used in the treatment of glaucoma and a ready source made a significant difference in treating the disease.

Julian wanted to focus on the human sex hormones and German chemists recently found the steroid stigmasterol in soybeans. Stigmasterol can be used as a precursor for the synthesis of other hormones, so he needed a supply of soybeans. He wrote to the Glidden paint company to ask for a 5-gallon bucket of the soybean oil they use in their paints. Instead of soybean oil, he got a job offer. Glidden wanted a chemist to set up a new oil extraction facility to produce their own soybean oil.

Once he set up their plant, he was told about a time when water leaked into a tank of soybean oil and hardened into a solid white substance. He knew this substance would have to be stigmasterol. He also knew now how to produce stigmasterol on an industrial scale. From this, he designed the next step to produce progesterone and testosterone in large quantities. He also found processes to cheaply make other steroids for Glidden.

Julien left Glidden after 18 years of employment after they decided to leave the steroid production business. He founded his own company called Julian Laboratories. He set up a production facility in Mexico to produce progesterone from Mexican yams and won a lucrative contract with the pharmaceutical company Upjohn.

This facility and its products made Julien a wealthy man. He remembered the times when he had trouble finding employment because of his skin color. He could not get a professorship at his college because of it. He had a job offer rescinded by DuPont when they were “unaware he was a Negro.” These experiences made him a champion of programs that helped advance African-Americans. 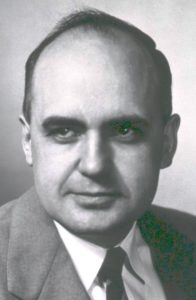 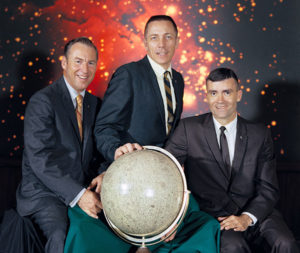 NASA launched the Apollo 13 mission to become the third moon landing, but an explosion in one of the oxygen tanks crippled the electrical power supply. Astronauts James Lovell, Jack Swigert and Fred Haise and ground control managed to patch the systems sufficiently to abort the mission and return to Earth safely. The task was difficult enough that the mission is considered a ‘successful failure’. 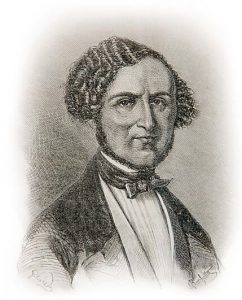 Melloni was an Italian physicist who was the first to investigate infrared radiation or radiant heat. He improved the design of the thermopile, which produces a current when heated to detect the radiant heat energy.

He created lenses of rock salt (rock salt is transparent to infrared light) to demonstrate this heat could be focused, reflected and polarized just like visible light.