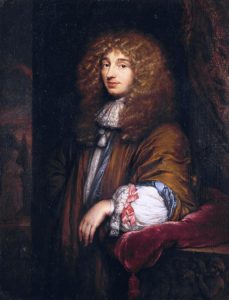 April 14 is Christiaan Huygens’ birthday. Huygens was a Dutch physicist, astronomer, and leading figure of the scientific revolution.

On paper, this works out. Huygens next set himself to figure a method to make a pendulum follow this path. He came up with another curve to bend the arm of the pendulum around to force the pendulum to follow the cycloid path. With the addition of the isochronous path of the pendulum, the accuracy of timekeeping was increased from a loss of accuracy of 15 minutes per day to a mere 15 seconds. This added the feature of the minute hand to clocks. Huygens’ basic design was the basis of the most accurate form of timekeeping for 270 years when the quartz clock was invented in 1927.

A side note of his treatise about pendulum timekeeping was the first accurate description of centripetal force. This equation would eventually be incorporated into Newton’s laws of motion.

Huygens also made significant contributions to the idea of the wave nature of light. He became interested in the geometric path of light through media while trying to grind his own lenses for telescopes and microscopes. He believed every point of a wavefront of light served as a secondary source of spherical waves which spread out forward at the speed of light. The new wavefront will be the tangent path of the line of spheres. With this theory, he could mathematically predict the path of light around curves and through lenses. Unfortunately for Huygens, this was an opposite theory to the light is a particle theories of Newton. Huygens’ contributions to the study of light wouldn’t gain the recognition it deserved until the early 19th Century.

This didn’t stop Huygens. He constructed lenses to build his own telescope and discovered the rings of Saturn were separate thin flat bands. He also discovered Saturn’s largest moon Titan. One of his lens designs was the first compound lens arrangement that eliminated transverse chromatic aberration found in single lens systems.

Huygens was a pioneer of the mathematical branch of probability. He published systematic methods to solve probability problems involving games of chance and the problem with points. The problem with points concerns a game where two players have equal chances to win each round of betting. Each round, both players contribute to the prize pot and the game continues until one of the players wins a specified number of times and collects the pot. Now suppose the game is interrupted before either player reaches the goal, how should the players fairly split the pot? At first, the problem seems simple. The problem gains complexity when trying to define fair and how long the game has been going on. This was the problem that connected Huygens to Blaise Pascal. Pascal was one of the leading mathematicians of the time and the two men passed correspondence between them which would become the basis of probability theory.

Keyes was an American physical chemist who greatly advanced the understandings of thermodynamics and equations of state, particularly of water and steam. He co-authored with J.H. Keenan a treatise “Thermodynamic Properties of Steam” which are known by power plant mechanical engineers as “The Steam Tables”. 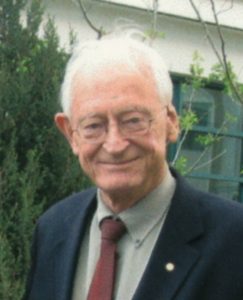 MacDiarmid was a New Zealand chemist who shared the 2000 Nobel Prize in Chemistry with Alan Heeger and Hideki Shirakawa for discovering a method to create conductive polymers. Conductive polymers are organic polymers that are modified to conduct electricity and are used as anti-static material and in battery technologies. 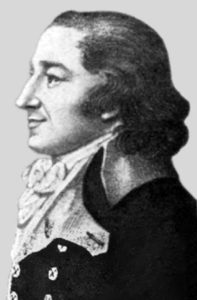 Richter was a German chemist who introduced the term stoichiometry to chemistry.

Richter was interested in the mathematics of chemistry. He noticed the amount of reactants by weight to produce a similar result in a chemical reaction was always the same. For example, he found it took 615 parts of magnesia (MgO) to neutralize 1000 parts of sulfuric acid. He spent a lot of time measuring these reactant weight equivalences in various reactions. He published his results, but no real notice was given to his work.

Another German chemist, Gottfried Fischer brought his work to light again when he collected Richter’s work into easier to read tables where he based the equivalents off a standard weight of 1000 parts by weight of sulfuric acid.

This work was combined with Joseph Proust’s work with law of equivalent or multiple proportions and John Dalton’s new atomic theory to form a more modern view of how chemical reactions work.

Darby was an English ironmonger who invented the process of coke smelting for producing iron from ore. Before this, iron was smelted with charcoal. Darby’s method produced a much higher quality of iron and greatly decreased the costs associated with production. Darby is considered one of the pioneers of the Industrial Age for this discovery.