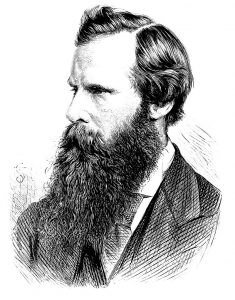 April 4 marks the passing of William Crookes. Crookes was an English chemist best known for the discovery of the element thallium.

Crookes was sent a ten-pound (2.2 kg) sample of sludge from his former teacher August von Hofmann. Crookes had moved his research from organic chemistry to compounds of selenium. The sludge was a byproduct from a sulfuric acid factory in Tilkerode, Germany and contained some selenium. Hofmann asked Crookes to look into a method to extract the selenium from the sample. Crookes performed a spectral analysis on the sample and confirmed the sludge contained a lot of selenium. He also spotted a bright green line he had never seen before. Further investigation proved the green line belonged to a new element. He named the element thallium after the Greek word thallos meaning budding twig or new growth after the green line that led to the discovery.

Crookes was also known for the Crookes radiometer, which is sold in many museum gift shops and novelty stores. Crookes invented the device after trying to weigh out chemical samples on a sensitive, partially evacuated scale. He noticed the scale would move slightly when struck by sunlight. He built the radiometer to investigate this phenomenon. The device consists of an evacuated glass bulb containing a low-friction spindle with three or four lightweight metal vanes. The vanes are shiny on one side and blackened on the other. When light is shined upon the vanes, the spindle will begin to turn due to the light pressure. The shiny sides move towards the light and the dark sides are pushed away. If the radiometer is cooled, it will spin in the opposite direction. Later it was discovered infrared light had the most effect on the device. It could even begin to turn in the dark if you placed your hands around the bulb. The heat from your hand would produce enough infrared radiation to turn the vanes. Today it is used in classrooms to demonstrate the principles of a heat engine powered by light. That, and it makes a nifty desk ornament. 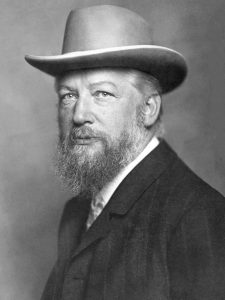 Ostwald was a German chemist who was awarded the 1909 Nobel Prize for his work on chemical catalysts, chemical equilibria, and reaction rates. He is considered one of the pioneers of modern physical chemistry.

He is also known for the Ostwald process to mass produce nitric acid from ammonia. 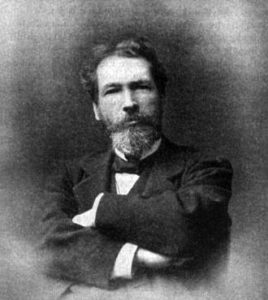 Pictet was a Swiss physicist who was the first to create liquid nitrogen. He developed a technique originally to liquefy oxygen. He announced his achievement to the Academy of Science in Paris within days of Louis Cailletet’s announcement of liquifying oxygen. Having missed the priority of liquifying oxygen, Pictet applied his technique it to other gasses, including nitrogen.

Gramme was a Belgian electrical engineer who invented the Gramme dynamo. The Gramme dynamo was the first large-scale direct current (DC) generator used for commercial purposes. Gramme later discovered that his dynamo would act as an electric motor when connected to an electric current and would supply useful amounts of torque. These motors were the beginning of industrial electric motor use. 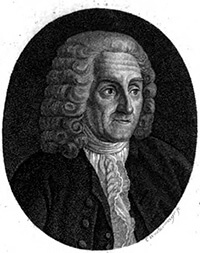 Delisle was a French astronomer who measured the distance between the Sun and Earth by timing the time Venus and Mercury travel across the face of the Sun.

He was also the first to propose the circular bands of color around the sun that occasionally appear, also known as ‘sun dogs’ are caused by diffraction of sunlight through water vapor in clouds. 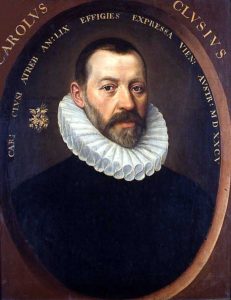 Charles de L’Écluse, also known as Carolus Clusius, was a botanist whose work on bulbs and tubers was responsible for the introduction of tulips to the Netherlands and potatoes into central Europe.

Clusius’ work with tulips and their cultivation lead to an economic crisis in the Netherlands. Tulips were suddenly fashionable and began to command high prices for a single tulip bulb. Speculation in tulips hit a peak in February of 1637, a bulb sold for ten times the yearly earnings of a skilled craftsman. The bubble popped and tulips were no more expensive than other flowers by the following May.

Alphonso X of Castile was a Spanish monarch and astronomer who published planetary tables to chart positions of the planets. The Alphonsine tables served as the standard tables for over 300 years during the Middle Ages.