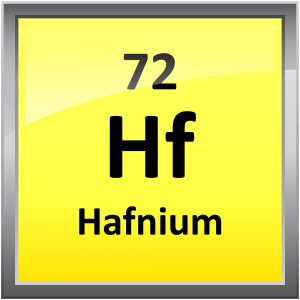 February 12 marks the passing of Dirk Coster. Coster was a Dutch physicist who co-discovered the element hafnium with George Charles von Hevesy.

Hafnium is an element with a busy history. For many years, element 72 was a missing spot in the periodic table and a much sought out target for chemists. Since it should have been chemically similar to zirconium, most of the attention was placed on zirconium minerals. Several of these minerals had unknown impurities. Many chemists believed they had found the elusive element 72 and proposed an assortment of names for their discoveries.

Swedish chemist Lars Svanberg reported his find as norium. Henry Clifton Sorby observed a new spectral line in zirconium and named his discovery jargonium, but retracted his claim a year later due to experimental error. Tellef Dahl believed he had discovered Norwegium. Other claims of ostranium, nigrium, and euxenium were announced. French chemist Georges Urbain announced he had isolated element 72 from a rare-earth sample and named it celtium. Russian chemist Nenadkevich thought he had isolated thorium in the mineral orthite, but it had a much lower atomic weight, one that would correspond to element 72. He named his discovery asium, but could not publish his find due to World War I and the Russian Civil War.

Coster and Hevesy would find their element 72 in a zircon mineral by x-ray spectroscopy. They had been working in Neils Bohr’s laboratory when Bohr won his Nobel Prize. Coster notified Bohr of the discovery and wanted to name it hafnium, after the Latin name of Copenhagen. Bohr wanted to name it danium, but he accepted Coster’s name. Bohr amended his Nobel lecture to include the announcement of the discovery. Hafnium was the last of the unknown non-radioactive elements to be discovered. 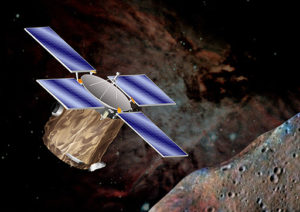 Artist’s impression of the NEAR Shoemaker probe orbiting Eros.

NASA’s NEAR Shoemaker spacecraft landed on the asteroid Eros to make the first touchdown on an asteroid. The spacecraft was originally designed to orbit the asteroid and send back data. When the craft was low on fuel, the decision to try and get close up photographs by either crashing or landing the probe. The probe was successful in touching down without damaging itself and continued to send telemetry back to Earth. 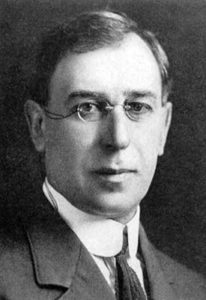 Gomberg was a Russian-American chemist who pioneered radical chemistry. A radical is an atom, molecule or ion with an unpaired valence electron. This unpaired electron makes the radicals extremely likely to form bonds or react with other molecules and ions. 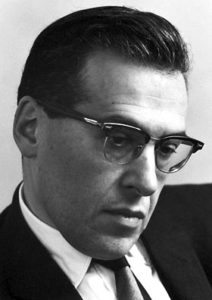 Schwinger was an American physicist best known for his contributions to quantum electrodynamics. He developed a relativistic perturbation model and the first electroweak model for QED. He introduced several other mathematical models to explain electron-positron formation, spin values of 3/2, and the different varieties of neutrinos. He was awarded a third of the 1965 Nobel Prize in Physics for his many contributions to QED. 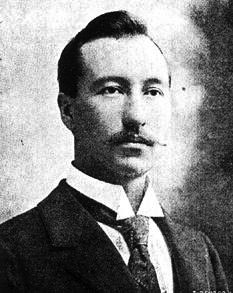 Brown was an American fossil hunter who was the first to discover and collect the remains of a Tyrannosaurus rex. He was employed by the American Museum of Natural History to travel the country purchasing artifacts of scientific interest. His digs at Hell Creek, Montana produced several interesting fossils.

Darwin is best known for his two works “On the Origin of Species” and “Descent of Man” outlining his theories of evolution and his voyages to the Galapagos Islands aboard the H.M.S. Beagle.

He outlined how all species of life branch from other species through a process he called natural selection. Natural selection was how a species pass on survival properties by successfully surviving to reproduce. If a mutation occurs that improves survivability, this mutation could be passed on to their offspring. Unsuccessful species die off before reproducing and therefore, do not pass on the bad mutation. 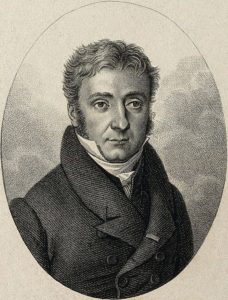 Dulong was a French chemist who is best known for his work with specific heat capacity of crystals known as the Dulong-Petit law. This relationship was used as a method to determine atomic masses.

Dulong also discovered the unstable molecule nitrogen trichloride. Unfortunately for him, pure nitrogen trichloride sensitive to heat, light, and shock and easily detonates. This discovery cost Dulong two fingers and an eye. He kept his injuries secret from his published results. A warning would have helped Humphry Davy who nearly blinded himself by a nitrogen trichloride explosion. Although, almost blinding himself did not prevent Davy from hiring Michael Faraday to help him out. Both men were injured a short time later by the compound.

Hadley was an English lawyer and amateur scientist who outlined the dynamics of how the Trade Winds work. His theories laid the groundwork for explaining how the Earth’s rotation affects air circulation.