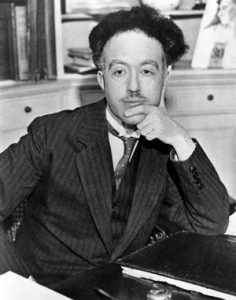 Louis-Victor-Pierre-Raymond, 7th duc de Broglie (1892-1987)
Discover of the wave properties of the electron.

August 15 is Louis de Broglie’s birthday. de Broglie was a French physicist who made one of the primary discoveries that led to quantum mechanics.

de Broglie studied the works of Einstein and Max Planck who showed light could have properties of either a wave or a particle. He hypothesized the same should be true for matter. Matter should have wave-like properties as well as its obvious physical properties, For his doctoral thesis, he came up with a mathematical description of the wavelength of a moving electron. The wavelength of a particle should be inversely proportional to the particle’s momentum. This would become known as the wave-particle duality or the de Broglie hypothesis.

de Broglie’s theory would be confirmed by Davisson and Germer in 1927 when they measured the Bragg scattering of electrons beamed into a crystal. The electrons were scattered in the exact same way x-rays were scattered. Using the formulas for diffraction of x-rays, they were able to calculate the wavelength of an electron. They also discovered this wavelength was dependent on the momentum of the electron. This verification would help earn de Broglie the 1927 Nobel Prize in Physics for the discovery of the wave nature of electrons.

From this discovery, men like Erwin Schrödinger would refine and expand the work to introduce the new branch of physics, quantum mechanics. de Broglie would continue to work on his wave theories and introduce more theories into the new science.

Bergström was a Swedish biochemist who shares the 1982 Nobel Prize in Medicine with Bengt Samuelsson and John R. Vane for their discoveries concerning prostaglandins and related substances. Prostaglandins are biochemical compounds that influence physiological phenomena such as blood pressure, body temperature, and allergic reactions. 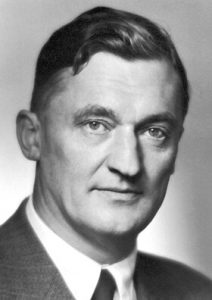 Theorell was a Swedish biochemist who was awarded the 1955 Nobel Prize in Medicine for the discovery of oxidation enzymes and determining their effects. He isolated and crystallized the red-colored protein of muscles, myoglobin. He continued his Nobel work on how alcohol is broken down by alcohol dehydrogenase which led to the invention of blood alcohol tests. 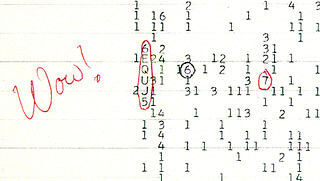 The Big Ear radio telescope at Ohio State University detected a 72-second signal on a narrow wavelength. The signal was so strong, astronomer Jerry Ehman circled the signal and wrote “Wow!” next to it. Radio astronomers tried to reacquire the signal, but it was never heard again.

For many years, some groups held the signal up as the best evidence so far as a signal from another civilization. The Big Ear telescope was operating as part of the SETI (Search for Extra-Terrestrial Intelligence) project. A strong signal from the constellation Sagittarius would be a big win for the project.

In 2016, Astronomers Antonio Paris and Evan Davies released a paper showing the signal could have been from a comet orbiting the inner solar system. They identified two comets that were both in the general direction where the Wow! signal was detected. These comets have large hydrogen clouds which produce similar radio signals as the Wow! signal. 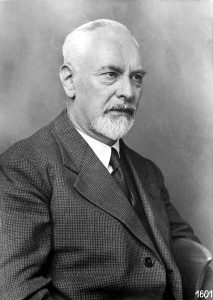 Prandtl was a German physicist who developed the mathematics involved in the science of aerodynamics. He identified the boundary layer of a fluid where the behavior of the fluid is different between the area up close to a surface and further away from the surface. He later developed the first theories of supersonic shockwaves with his student Theodor Meyer and created the first supersonic wind tunnels.

Heck was an American chemist who shares 1/3 of the 2010 Nobel Prize in Chemistry for his work in palladium-catalyzed coupling reactions and synthetic synthesis. The Heck reaction is a coupling reaction between an unsaturated halide and an alkene in the presence of a palladium catalyst and a base to form a new alkene. This reaction is widely used in organic chemistry to create carbon-carbon bonds.

The general formula for the Heck reaction. 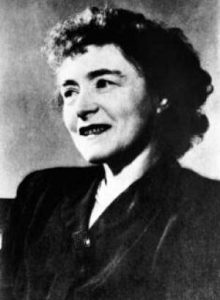 Cori was an American biochemist who shares half the 1947 Nobel Prize in Medicine with her husband Carl Ferdinand Cori for their discovery how glycogen is converted in the body. Glycogen is a starch derivative of glucose that is used by the body to store energy. 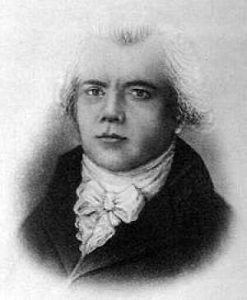 Gadolin was a Finnish chemist who discovered the element yttrium. Yttrium was the first of the rare earth lanthanide group discovered. He identified yttrium from the mineral from Ytterby, Sweden called yttria. Over the next century, yttria would be a source of nine more rare earth elements where one would be named after Gadolin, gadolinium.