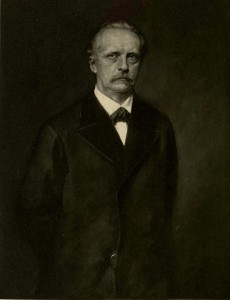 August 31 is Hermann von Helmholtz’s birthday. Helmholtz was a German physician and physicist who made several contributions to modern science.

One of the prevailing ideas presented to young German medical students of the time was the presence of vital forces that govern how muscles function. There was no physical source of where muscles got their ‘force’ to function but were from invisible vital source stemming from just being alive. After all, muscles don’t work anymore after you die. Helmholtz believed the source muscle power was derived from purely physical and chemical means. Recent discoveries showed work was done by converting one form of energy to another. Why should physiological work be any different? Helmholtz showed relationships between mechanical work, heat, light, electricity, and magnetism that implied there was a single ‘force’ that drove all motion called energy. Not only did this force exist, it was conserved. It could neither be created or destroyed but only transformed. This would be a major contribution to the study of thermodynamics that was currently beginning the Industrial Revolution.

Helmholtz also made contributions to the study of physiology. He was one of the first to apply experimentation to the study of how the body works. Helmholtz was interested in why certain physical processes worked at all in addition to how they worked. One of his most significant contributions was the invention of the ophthalmoscope. You may recognize this device when your doctor uses it to look into your eyes during routine physicals. Helmholtz’s use of this device helped him devise theories on color vision, depth perception, and motion perception. This work revolutionized vision science and made Helmholtz famous. His handbook on the subject was the standard reference for doctors for the rest of the century.

Another area he made contributions to was the study of sound physiology. He showed how the bones of the ear functioned and allowed us to perceive sounds. He also demonstrated how we perceive complex tones as a series of harmonics of pure sine waves depending only on frequency and intensity. He also showed the pitch of speech sounds depended on the shape of the resonant cavity of our throats and mouth form when we make them.

As Helmholtz grew older, his focus moved from physiology to physics. He began to study the length and motion of electrical waves. This work would continue through his student Heinrich Hertz and many of their ideas of electromagnetic waves would influence other scientists like Maxwell, Einstein, and Schrödinger. His philosophies on how we perceive the world around us and how it influences our thoughts would guide future thinkers to question the classical ideas of physics and help usher in the ideas of relativity and quantum mechanics.

Porter was a British chemist who shares half the 1967 Nobel Prize in Chemistry with Ronald Norrish for their research into very fast chemical reactions. They used pulses of light to increase the number of free radicals in some organic compounds to determine the intermediate steps to perform these reactions. 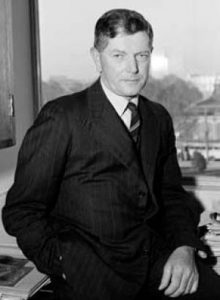 Burnet was an Australian virologist who shares the 1960 Nobel Prize in Medicine with Peter Medawar for their work in immunology and discovery of acquired immunological tolerance. This occurs when the body adapts to external antigens without causing an immune system response.

He refined and improved laboratory techniques to incubate viruses in hen eggs. He applied this method to culture and detect influenza virus. Burnet also identified the cause for ornithosis and Q fever.

Politzer is an American physicist who shares the 2004 Nobel Prize in Physics with Frank Wilczek and David J. Gross for their discovery of asymptotic freedom in strong interaction theory. He described how the strong nuclear force got weaker the closer quarks got to each other.

Chevereul was a French chemist who made many discoveries in the chemistry of fats. He discovered glycerol and described fats as glycerides of organic acids. His discovery of oleic acid led to his invention of margarine.

In his later years, he turned his attention to the study of color. He found that colors can complement each other in contrast and tone. He arranged the visible colors in a circle with thousands of tints with their complement directly across the circle. His book, The Laws of Contrast of Color was translated to English and German and was the handbook for many 19th Century artists.

Amontons was a French physicist and instrument maker who introduced three laws of static friction. He discovered friction was directly proportional to the applied load, independent of the area of contact and independent of the sliding velocity.

He also developed scientific instruments such as an air thermometer that relied on the increased volume of a gas, rather than a liquid like mercury. He used this to determine the change in temperature was proportional to a change in pressure.