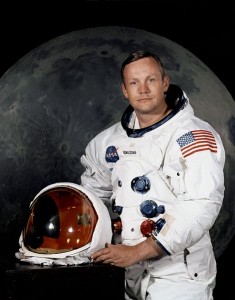 August 5 is Neil Armstrong’s birthday. Armstrong is best known for being the commander of the Apollo 11 mission and the first man to walk on the surface of the Moon.

Armstrong was a Naval combat pilot until 1952 when he joined the National Advisory Committee for Aeronautics (NACA), the precursor organization that would become NASA. He was one of their test pilots and engineers. He logged over 900 flights and flew in 200 different models of aircraft. These flights included 5 flights on the X-15 supersonic aircraft where he reached speeds in excess of Mach 5.75.

Armstrong transferred to NASA’s astronaut program in 1962. His first mission into space was as commander of the Gemini 8 mission that performed the first successful docking of two spacecraft. His second mission was the Apollo 11 mission. He spent two and a half hours with Buzz Aldrin exploring, taking pictures and collecting samples on the Moon’s surface.

After the Moon, Armstrong served as the Deputy Associate Administrator for Aeronautics at NASA’s headquarters in Washington D.C. He was largely responsible for the management of NASA’s research and technology projects involving aeronautics. He left NASA in 1971 to teach Aerospace Engineering at the University of Cincinnati.

Armstrong was a private man and dedicated engineer. He never really saw himself as a national hero, but as a man just doing his job.

Other Notable Events on August 4 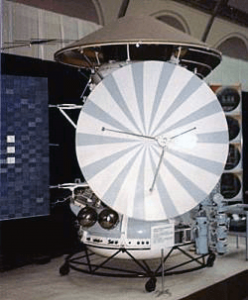 The Soviet space program launched the sixth of their Mars probe program. Mars 6 would arrive at Mars on March 12, 1974, and drop a lander into the atmosphere. The lander transmitted atmospheric data to the orbiter which relayed it back to Earth making Mars 6 the first to transmit data from the Martian atmosphere. The lander ceased transmission just before touchdown, the cause unknown. It is believed to be either from the retrorockets firing or a crash.

Heinrich Otto Wieland was a German chemist who was awarded the 1927 Nobel Prize in Chemistry for his research into the bile acids. He found three bile acids: cholic acid, deoxycholic acid, and lithocholic acid were all steroids that are convertible into cholanic acid.

Lipsky is an American physician who invented high-performance liquid chromatography. HPLC is a method of chromatography used in biochemistry and analytical chemistry to separate, identify and quantify compounds.

Thimann was an English-American plant physiologist who isolated the plant growth hormone auxin. Auxin promotes cell elongation, the formation of roots, and growth of buds in plants. Thimann’s discovery led to the development of synthetic auxin to create products to functions ranging from root enhancers to weed killers.

Hebra was an Austrian physician who founded the medical branch of dermatology. He founded the Vienna School of Dermatology to instruct doctors on the treatments of skin conditions. He felt most skin conditions were caused by an outside irritant rather than the prevalent theory of blood poisoning.

Newcomen was an English ironmonger who constructed the first practical atmospheric steam engine pump to remove water from coal mines.

This engine took steam from a boiler to push a piston up. Cold water was allowed into the piston chamber which cooled the steam. The vacuum formed by the cooling steam would pull the piston down to start the process all over again. The piston’s movement would be linked to anything that required the back and forth repetitive motion.

The invention of the Newcomen steam engine marks the beginning of the Industrial Revolution.