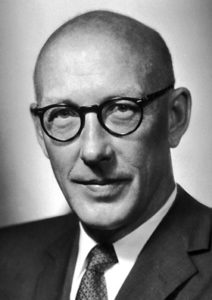 December 14 is Edward Tatum’s birthday. Tatum was an American biochemist who discovered with another American geneticist, George Beadle, that chemical processes in organisms are controlled by the organism’s genes. These processes can be separated into distinct sequential reactions where each reaction would be controlled by one gene. They also discovered if a single gene mutates, the corresponding chemical reaction would change. This led them to propose the “one gene-one enzyme” hypothesis. This hypothesis was the beginning of the study of molecular biology and the idea of a ‘genetic code’.

Tatum also discovered with Joshua Lederberg that bacteria can reproduce sexually through genetic recombination. Their work is used to provide information on genetic controls of the cells biochemical processes. 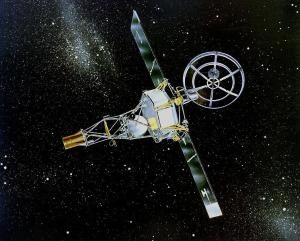 NASA’s Mariner 2 spacecraft arrived at the planet Venus. It passed within 22,000 miles of the planet and took measurements of the atmosphere and surface. It reported the atmosphere was very hot and composed mostly of carbon dioxide. It also discovered Venus has no magnetic field or radiation belts like Earth. Mariner 2 was the first spacecraft to travel to another planet. 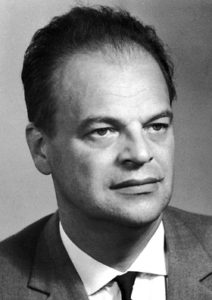 Basov was a Russian physicist who shares half the 1964 Nobel Prize in Physics with Aleksandr Mikhailovich Prokhorov for their research into quantum electronics. Basov and Prokhorov were working to use gases to amplify electromagnetic radiation. They found that if ammonia gas was excited at a particular frequency, the molecules would resonate and cause a population inversion that creates a coherent beam of microwaves. This was the first maser, or Microwave Amplification by Stimulated Emission of Radiation, the forerunner to the laser. He has also developed lasers using semiconductors to produce the coherent light. 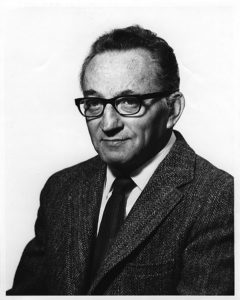 Spiegelman was an American microbiologist and geneticist who developed the technique of nucleic acid hybridization. This method allows geneticists the ability to remove specific DNA and RNA strands from cells and is the foundation of present-day recombinant DNA technology. This technology is important in the manufacture of medicines, cloning, and transgenic procedures. 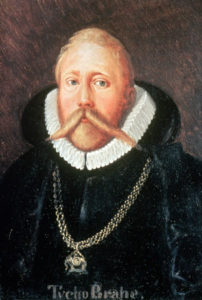 Brahe was a Danish astronomer who developed instruments to measure the positions and motions of stars and planets before the invention of the telescope. He cataloged over 700 stars with a high degree of accuracy using a nine-foot armillary sphere and his fourteen-foot mural quadrant. He also measured the positions of the known planets which became the data his assistant Johannes Kepler used to determine his laws of planetary motion.

Another consequence of his accurate measurements was the appearance of a new star appearing in the constellation of Cassiopeia. Aristotle’s teachings maintained the heavens were eternal and unchanging and the prevalent theory of the time. The new star was widely believed to within the sphere containing the planets and Moon, but Tycho’s measurements of parallax put the new star into the celestial sphere with the other stars. Today, we know this new star, or de nova stella, is the remnants of the supernova SN 1575.

Tycho is also known for having lost his nose during a duel with a distant cousin after quarreling at a wedding. He wore a prosthetic nose made of brass.