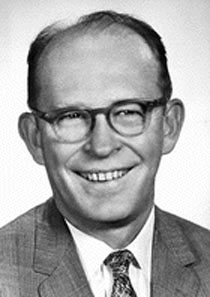 December 17 is Willard Libby’s birthday. Libby was the American physical chemist who developed the carbon-14 dating technique. This method is used to determine the age of ‘once living’ objects up to approximately 50,000 years.

Carbon 14 is an isotope of carbon created naturally in the atmosphere by cosmic rays. Living creatures breathe out carbon dioxide and take in carbon by eating. Plants take up carbon through photosynthesis. Overall, every living thing has a stable natural ratio of carbon-14 to carbon-12. When the living thing dies, it stops absorbing new carbon-14. The natural ratio begins to change as carbon-14 decays.

Carbon-14 decays into nitrogen by beta decay over time, but this process takes a long time. The half-life of carbon-14 is 5,720 years, meaning after 5,720 years, the organism will have half the carbon-14 levels it did when it was alive. If you measure the amount of carbon-14 in a once living object, you can determine the approximate age of the organism.

Carbon-14 dating is a great tool to get approximate ages of objects made up of natural materials like cloth and wood. It is also good for dating fossils and archeological finds. The approximate in approximate ages is because carbon-14 dating assumes the natural ratio between carbon-14 and carbon-12 remains consistent through time. Perhaps at an earlier time, Earth was struck by more or less cosmic radiation generating more or less carbon-14. If the ratio was significantly different from today, dates generated by this method could be off by a significant amount.

The discovery of the process of carbon-14 dating earned Libby the 1960 Nobel Prize in Chemistry. 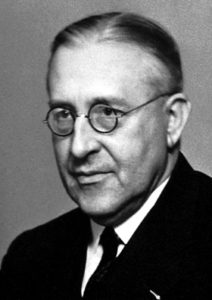 Hess was an Austrian physicist who was awarded half the 1936 Nobel Prize in Physics for the discovery of cosmic rays. Before the discovery, it was believed ionizing radiation came from the Earth and the further you got from the ground, the lower the amount of radiation. This was true up to 1 km until the radiation counts steadily increased as you increased altitude. Hess proposed the source of radiation came from outside the atmosphere. His theory was proved true by Robert Millikan determined the source of Hess’ detected radiation and called it “cosmic rays”.

Brønsted was a Danish chemist best known for his proton theories of acids and bases. He developed his theory at the same time as a similar theory proposed by English chemist Thomas Lowry so the theory is generally known as Bronsted-Lowry acids. It suggests acids are solutions that donate protons to bases in acid/base reactions. He also made several contributions to the understanding of the catalytic action of acids and bases. 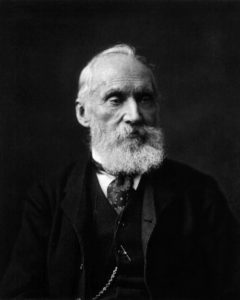 Lord Kelvin was a British physicist and engineer best known for developing the Kelvin absolute temperature scale. He made several contributions to the fields of thermodynamics and electricity and magnetism. He formulated what would become the first and second laws of thermodynamics.

He also helped design the first trans-Atlantic telegraph cable. This project earned him a knighthood in 1866. In recognition of his contributions to thermodynamics and science, he became Lord Kelvin in 1892. 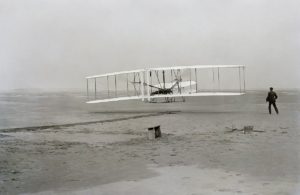 First successful flight of the Wright Flyer. Orville Wright is piloting and Wilbur Wright is running alongside.

Orville Wright piloted the first powered flight of an heavier than air aircraft. The short flight of 120 feet (36.6 m) along a North Carolina beach lasted only 12 seconds. Three more flights were successful throughout the rest of the day with the longest lasting 59 seconds for a distance of 852 feet. 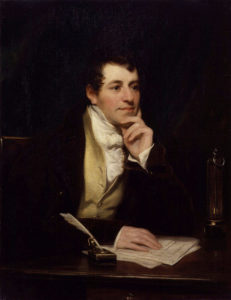 Davy was a British chemist and inventor who isolated or discovered several alkali and alkaline earth metals. He discovered sodium, potassium, calcium, magnesium, barium, strontium and boron and investigated the properties of the elements chlorine and iodine. He also invented the Davy lamp that was vitally important to coal miners. The lamp used a fine mesh to burn a heavy oil without allowing it to spread to various flammable gases present in coal mines that would cause explosions. It could also be used to detect carbon dioxide.