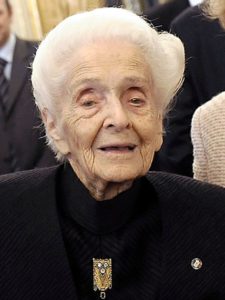 December 30 marks the passing of Rita Levi-Montalcini. Levi-Montalcini was an Italian neurologist who made several discoveries of how cells divide and form new cells with different functionality.

Levi-Montalcini began her career in science wanting to be a doctor. She graduated with an M.D. from the University of Turin in 1936 and took a position as a research assistant studying the development of the nervous system. This position did not last long after Mussolini passed laws prohibiting Jews from academic and professional careers. Instead of working at the University, she set up her own laboratory in her bedroom studying nerve cell development in chicken embryos.

After the war, she got a research fellowship at Washington University in St. Louis. She reproduced her chicken embryo experiments and struck up a relationship with the university that would last 30 years. During this time, one of her experiments involved transferring tumors to chick embryos and noticing how quickly the nerve fibers grew around the tumors. This led her to the discovery and isolation of the nerve growth factor NGF. This discovery would lead to other growth factor discoveries and helped scientists gain an understanding of medical problems such as cancer, deformities, and dementia. It also earned her half of the 1986 Nobel Prize in Medicine.

Levi-Montalcini divided her time between St. Louis and a second laboratory she set up in Rome. After retiring, she served as director of the Institute of Cell Biology in Italy and founded the European Brain Research Institute. In 2001, she was appointed Senator for Life to the Italian Senate by President Ciampi. She remained active in Italian politics until her death in 2012 at age 103. 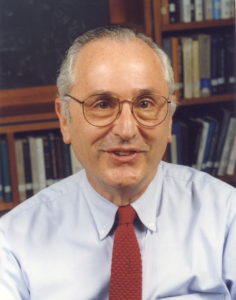 Bahcall was an American astrophysicist who worked on the solar neutrino problem where there was a large difference between the number of neutrinos measured from the Sun and the number predicted by theory. His theories and work on neutrino detection would lead to a Nobel Prize for Raymond Davis Jr. and Masatoshi Koshiba in 2002. He was also involved in the development of the Hubble Space Telescope.

Tu is a Chinese chemist who discovered the antimalarial drug artemisinin. She isolated the compound from wormwood used in traditional Chinese medicine. Its discovery and synthesis would earn her a third of the 2015 Nobel Prize in Medicine.

Tu is also known as the “Professor of Three Noes”. She has no post-graduate degree, no research experience abroad, and no membership in any Chinese national academies. 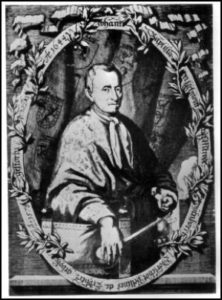 Helmont was a Flemish physician and alchemist who introduced the term ‘gas’ to chemistry. He was the first to identify air was made up of different gases. He was also the first to show the gas given off by burning charcoal was identical to the gas given off during the fermentation process. He called this gas ‘gas sylvestre’, but we know it today as carbon dioxide.