January 16 marks the death of Nicolas Leblanc. Leblanc was a French physician and amateur chemist who developed a method to convert common salt (sodium chloride) into soda ash (sodium carbonate).

Soda ash was an important industrial chemical in Renaissance Europe. It was used in the production of several products, including soap, paper, textiles, and glass. The primary source of soda ash was from wood pulp. In the last half of the 18th Century, wood pulp was in short supply. Soda ash was imported from Spain, Russia, and the Americas at a high cost. In 1783, King Louis XVI of France offered a sizable cash reward for anyone who could produce soda ash from salt.

Leblanc discovered that if he added salt to sulfuric acid and baked the mixture with charcoal and limestone at high temperatures, soda ash crystals would form.

The Leblanc process starts with salt and sulfuric acid to produce sodium sulfate and hydrochloric acid.

This reaction had recently been discovered in Sweden by Carl Wilhelm Scheele. Lablanc added limestone (calcium carbonate) and coal (carbon) to the mix and added heat. Two reactions are involved in this part. First, The carbon reduces the sodium sulfate to make sodium sulfide and carbon dioxide.

The sodium sulfide reacts with the limestone to replace the calcium with the sodium to form the carbonate.

When removed from the heat, the final product is a black ashy mess. This is washed with water. The water is then allowed to evaporate and the leftover is soda ash.

The Leblanc process was quickly patented, giving Leblanc and partners the sole right to produce soda ash for 15 years. Leblanc leveraged the promise of the prize money to build a soda ash plant. He knew he was at the head of what would be a lucrative business.

Shortly after he began operations, the French Revolution began. The new government ordered Leblanc to stop all production, closed his factory and ordered him off the premises. They also refused to pay the prize money that started his business. Leblanc suddenly found himself nearly bankrupt. He would continuously try to get his plant back but was not allowed until Napoleon took over the government. Napoleon’s government allowed him to reopen the plant but still would not pay him the prize money. By then, he did not have the money to restart operations. He spent most of his time trying to collect past due funds from the government. His continued failures eventually got the best of him and he committed suicide. 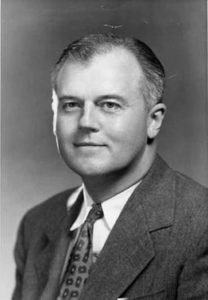 Read more about Van de Graaff and his generator at December 20 in Science History. 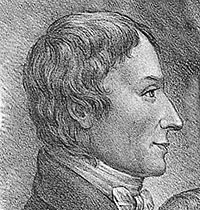 Ekeberg was a Swedish chemist who discovered the element tantalum. He isolated the element from the mineral tantalite that was thought to be made up of two elements named after the children of Tantalus: Niobe (niobium) and Pelops (pelopium). He determined that pelopium was comprised of a mixture of niobium and Ekeberg’s new element, tantalum.