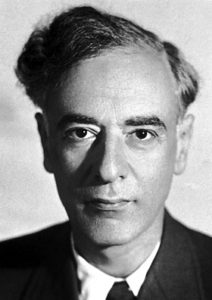 January 22 is Lev Davidovich Landau’s birthday. Landau was the main leader of Soviet theoretical physics and a central figure in the development of quantum electrodynamics.

In the few years before World War II, he studied extensively in other European scientific centers and met with many of the pioneering physicists of the time. He published his theory of diamagnetism of a metal’s electrons at the age of 22. He returned to the Soviet Union to create one of the most rigorous theoretical physics schools in the world. He produced work on a multitude of topics involving quantum mechanics, relativistic quantum theory, field theory, thermodynamics and solid state matter. His research in low-temperature physics and his theory involving the superfluidity of helium-II would earn him the 1962 Nobel Prize in Physics. His theory showed that liquid helium cooled to nearly absolute zero (2.17 K) would become a “superfluid” where the viscosity and thermal conductivity would become zero.

The “Landau School” in Kharkiv, Ukraine was the nickname for Landau’s theoretical physics department. To get into this department, the student had to take a comprehensive series of exams called Theoretical Minimum before admission. Candidates had to be well versed in English and German — most theoretical physics papers were published in either of these languages. When a student applied to take one the exams, they would call Dr. Laundau and he would schedule the exam at Landau’s apartment. When the student arrived, they left all their things in one room and entered another room with only a table and some paper. Landau would orally give a problem and leave the room. He would return to check the students progress every 20 minutes. If he said nothing, things were going well. If he made any thoughtful noises, like “hmm”, the student should probably rethink their thought process. Each exam consisted of only two or three of these problems. Between 1934 and 1961, only 43 students passed this exam.

Landau’s career came to an end when in 1962, he was involved in a car accident from which left him in a coma for two months. He recovered from his physical injuries, but his mental creativity never really recovered and he did not return to work.

Heeger is an American physicist and chemist who shares the 2000 Nobel Prize in Chemistry with Alan MacDiarmid and Hideki Shirakawa for discovering a method to create conductive polymers. Conductive polymers are organic polymers that are modified to conduct electricity and are used as anti-static material and in battery technologies. 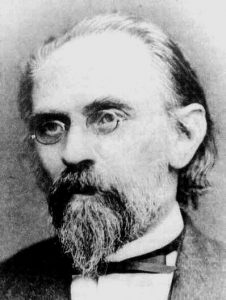 Erlenmeyer was a German chemist best known for the flask that bears his name.

An erlenmeyer flask is a piece of laboratory glassware consisting of a conical based flask with cylindrical neck. This design allows the chemist to do much of the same work as a beaker, but the wider base allows for better swirling or stirring of the contents. The narrow neck prevents the contents from sloshing out during swirling. It also allows the use of a stopper, something much more difficult with a beaker. It has become one of the most recognizable pieces of chemistry laboratory glassware. Erlenmeyer published the invention of his flask in 1860, but had demonstrated it at a conference three years prior.

Erlenmeyer was originally an pharmaceutical chemist with his own apothecary business. He grew tired of the work and decided to return to chemistry. After receiving his doctorate, he moved to Heidelberg. While there he met August Kekulè, the chemist responsible for the idea of carbon being tetravalent and that carbon could bond to other carbon atoms to form chains. Erlenmeyer quickly adopted the theories of Kekulè and postulated carbon could also link together through double and triple bonds.

Erlenmeyer is also known for Erlenmeyer’s Rule. Erlenmeyer’s rule says an aldehyde or ketone will form when an alcohol’s hydroxyl group is attached directly to a carbon double bond. In most modern texts, this is known in general as keto-enol tautormerism. 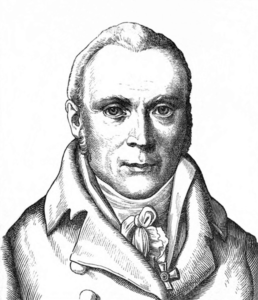 Blumenbach was a German physician and physiologist who was a pioneer of anthropology. He compared the skulls of humans and determined there were five distinct “races” or species of people. These five species were Caucasian, Mongolian, Malayan, Negroid, and American. He argued physical characteristics of humans were a product of their geography and diet. 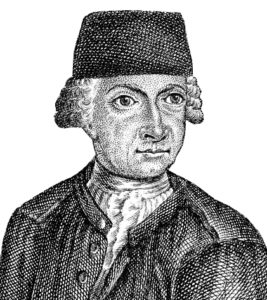 Lehmann was a German geologist who pioneered the study of stratigraphy. Stratigraphy is a branch of geology studying rock layers and how they form. Lehmann believed minerals in rocks are layered and formed together as time passed. Older rocks made up the lower layers with newer rocks being added later. He described over 30 different types of rock formations with names borrowed from local miners. His work was one of the first published theories arguing against the idea of diluvialism. Diluvialism was the idea that all rock strata were formed after the Great Flood in the Bible.