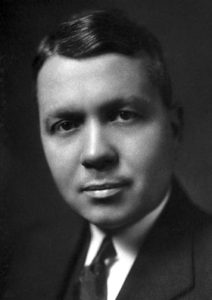 January 5 marks the passing of Harold Urey. Urey was an American chemist who was awarded the 1934 Nobel Prize in Chemistry for his discovery of deuterium.

Deuterium is an isotope of hydrogen. The most common form of hydrogen has one proton and no neutrons, but deuterium contains a proton and neutron in its nucleus. This isotope has the same chemical properties as hydrogen and can combine with oxygen to create water. Deuterium water is also known as ‘heavy water’. Heavy water is used in many applications such as nuclear magnetic resonance, neutron moderation in nuclear power plants and organic chemistry.

In 1913 two chemists, Arthur Lamb and Richard Lee conducted a study of ultra-pure water. Using precision scales, they found the density of their water samples varied by as much as a microgram per cubic centimeter. Based on this, they believed water did not have a uniform density. This experiment was the first evidence of the existence of isotopes. It also introduced a new place to search for isotopes. In 1923, William Giauque and Herrick Johnston discovered two isotopes of oxygen: O-17 and O-18. Based on their abundances, these isotopes still didn’t account for the density variation of water found by Lamb and Lee. Hydrogen must also have isotopes.

Urey used spectroscopy to look at the Balmer lines of hydrogen a little more closely. Most spectroscopes operate with small diffraction gratings and observed from a distance of around a meter. This is typically ‘good enough’ for identifying elements. Urey expanded his spectroscope to allow a 1.3 Å change over a millimeter of measurement distance. This allowed him to see new fainter lines in the Balmer hydrogen spectrum. These lines were faint, but gave evidence there were two more isotopes of hydrogen of lower natural abundance. These lines could be attributed to experimental error, so Urey decided to purify hydrogen gases.

Urey approached this by looking at the vapor pressures of liquid and solid hydrogen samples. If there was a difference between hydrogen isotopes, the vapor pressures should be different for the different diatomic hydrogen gasses. The problem with this technique was the operating temperatures of liquid hydrogen are down to just 14 Kelvin. Not many people could produce samples of solid and liquid hydrogen. After fractionally distilling the vapor from the hydrogen samples and compressing them to various pressures, he managed to produce pure samples of pure deuterium gas that contained the spectral lines he measured in his earlier experiments.

Urey had his proof and samples of deuterium. This discovery was important in the development of the understanding of the nucleus in Physics, but it was also important to chemistry. A chemical change was not just a product of the interactions between electrons of an element, but also changes in the nucleus could also bring about chemical change.

Astronomers Mike Brown, Chad Trujillo, and David Rabinowitz at Palomar Observatory in California observed a new dwarf planet beyond the orbit of Pluto. They named their discovery Eris after the Greek goddess of strife. Eris is larger than Pluto and was found to have one moon named Dysnomia. The orbit of Eris is three times farther than the orbit of Pluto at 97.56 astronomical units at aphelion and completes an orbit every 557 years.

Chase was an American immunologist who discovered cell-mediated immunology. He discovered that white blood cells trigger the immune response in the body when an antigen appears. This led to the discovery of lymphocyte cells and B and T cells.

Born was a German physicist who was awarded half the 1954 Nobel Prize in Physics for his statistical treatment of wavefunctions in quantum mechanics. He demonstrated how a wavefunction could be applied using linear algebra to describe values physical properties such as position, energy, and momentum as probabilities. It was a large step towards making quantum mechanics a useful tool for scientists. 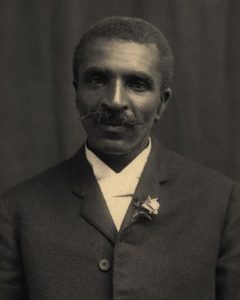 Carver was an American chemist and inventor who revolutionized agriculture in the Southern United States. He introduced alternative crops of peanuts and sweet potatoes to farmers who were destroying their soil quality with continuous plantings of cotton or tobacco. In order to make these crops profitable, he invented over a hundred uses of peanuts and sweet potatoes including the invention of peanut butter. 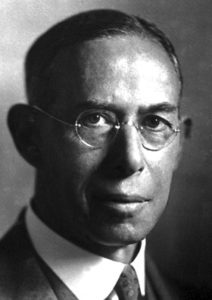 Erlanger was an American physiologist who shares the 1944 Nobel Prize in Medicine with Herbert Spencer Gasser for their research into the action potentials in nerve fibers. Action potentials are self-generating electrochemical pulse that allow nerve cells to transmit a signal over a distance. They discovered there were different fibers in nerves that had three different fibers that would conduct the potential from a stimulus at different rates. This led to the theory that one type of fiber conducts pain signals and others conduct motor control signals. 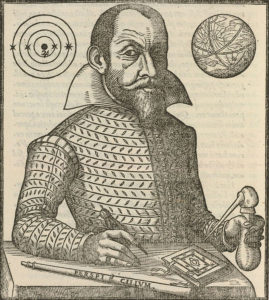 Marius was a German astronomer who was one of the first to use a telescope. He had a dispute with Galileo for priority of the discovery of Jupiter’s four largest moons. He did not receive the credit, but his names: Io, Europa, Calisto, and Ganymede are still used today. He also recorded observations of the ‘nebula’ Andromeda noting it got brighter in the center than the edges. Today, we know Andromeda is a nearby galaxy.