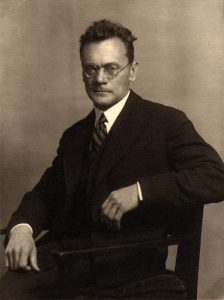 June 12 marks the passing of Karl von Frisch. Frisch was an Austrian zoologist who received a third of the 1973 Nobel Prize in Medicine for his discoveries involving bees.

Frisch’s first discovery was bees have color vision. He proved this by feeding bees drops of sugar water placed on a blue card. Later he set the blue card in an array of gray cards. To an animal with no color vision, all the cards would look gray. The bees would fly straight to the blue card. Further experiments showed bees can see ultraviolet light and are sensitive to polarized light.

Frisch’s second discovery was that bees dance. He observed that when a scout bee finds a feeding location, other forager bees begin to show up a short time later. Somehow, the scout bee was passing the information to the rest of the hive. He began to follow the forager bees back to the hive and observe what they would do when they returned. Frisch discovered the forager bee would perform two different dances depending on the distance to the food source. If the forager found food within 50 meters, the bee would dance in a circle. This dance does not give any information other than food is nearby. The interesting dance was when food was further away. When the food was further than 50 meters, the forager bee would perform the ‘waggle dance’.

The waggle dance is done by the bee walking in a tight figure eight pattern and wiggle its abdomen through the middle section of the eight. The direction the bee is moving when it performs the wiggle is related to the angle between the food source and the sun. The number of abdomen wiggles corresponds to the distance. Each wiggle is equivalent to approximately 800 meters (or half a mile). He also found the bee will increase the intensity of the dance the better the food source.

This was considered one of the most complex forms of non-primate communication ever observed in the animal kingdom.