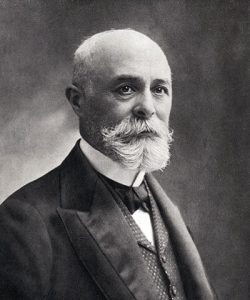 On March 1, 1896, Antoine Henri Becquerel discovered radioactivity. Earlier in the week, he planned an experiment to expose uranium to sunlight and then store the uranium in a black bag with a photographic plate. Earlier trials of the experiment resulted in an image of the uranium crystals on the photograph. He believed uranium absorbed sunlight and released the energy slowly by fluorescence. He planned to repeat his experiment on February 26, but it was cloudy with little sunlight. Becquerel decided to postpone his test until a sunny day. He placed his uranium and photographic plate in a black bag and stored it in his desk drawer.

When the weather cleared, he collected his materials to perform his experiment and discovered his photographic plate contained a clear image of the uranium crystals. The uranium did not need an external source to produce the image, but something inside the uranium gave off energy.

This discovery marks the beginning of the nuclear age and earned Becquerel the 1903 Nobel Prize in Physics.

China’s Chang’e moon probe crash-landed on the surface of the moon. This probe orbited the Moon for 16 months, returning pictures and data and was the beginning of a planned series of probes that will aid towards a manned landing. This landing would make China the third country to reach the moon.

Köhler was a German biochemist who shared the 1984 Nobel Prize in Medicine with Niels Jerne and César Milstein for the discovery of the production method to create monoclonal antibodies. Together with Milstein, he developed the hybridoma technique to produce monoclonal antibodies. They fused antibody producing B-lymphocyte cells with tumor cells to produce a hybridoma that continuously produced antibodies. This technique is used in the commercial development of diagnostic tests and new drugs.

Land discovered a way to create inexpensive films of light polarizing material and created the Polaroid company to market these films. His company would go on to create the Land camera capable of creating a finished photograph within one minute of taking the picture. 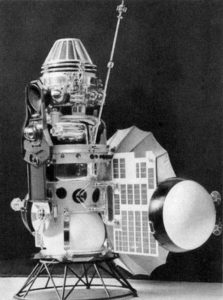 The Soviet Union’s Venera 3 space probe became the first spacecraft to land on another planet when it impacted on the surface of Venus. Venera 3 was designed to attempt a landing on Venus but was believed crushed by the thicker than expected atmosphere. 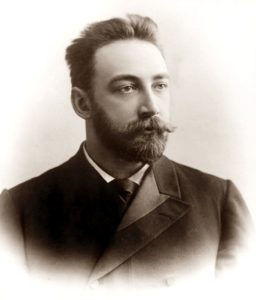 Lebedev was a Russian physicist who was the first to prove light exerts mechanical pressure on the surface it is shined on. He accurately measured the pressure of light on a solid body which gave the first quantitative proof to Clark Maxwell’s electromagnetic theories. He was responsible for the popularization of physics to a generation of Russian scientists. 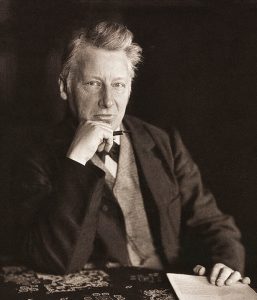 Hoff was a Dutch chemist who was awarded the first Nobel Prize in Chemistry in 1901 for his discovery of the laws of chemical dynamics and osmotic pressure in solutions. He also demonstrated that some isomers of carbon atoms structures could be explained if the four valences arranged themselves into a tetrahedron. His work on solutions showed dilute solutions follow the same mathematical properties describing gases. 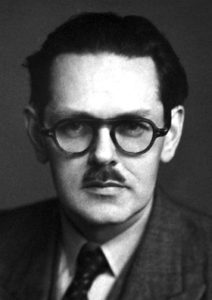 Martin was an English biochemist who shares the 1952 Nobel Prize in Chemistry with Richard Synge for the invention of partition chromatography. Partition chromatography is a technique to separate similar substances by repeated extraction by two immiscible liquids. It can separate amino acids to aid in the study of proteins, carbohydrates, and DNA. He also developed gas-liquid chromatography. 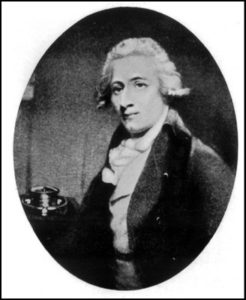 Earnshaw was an English watchmaker that was the first to develop a method to create chronometers inexpensive enough for the general public to afford. He also improved marine chronometers to be more accurate.